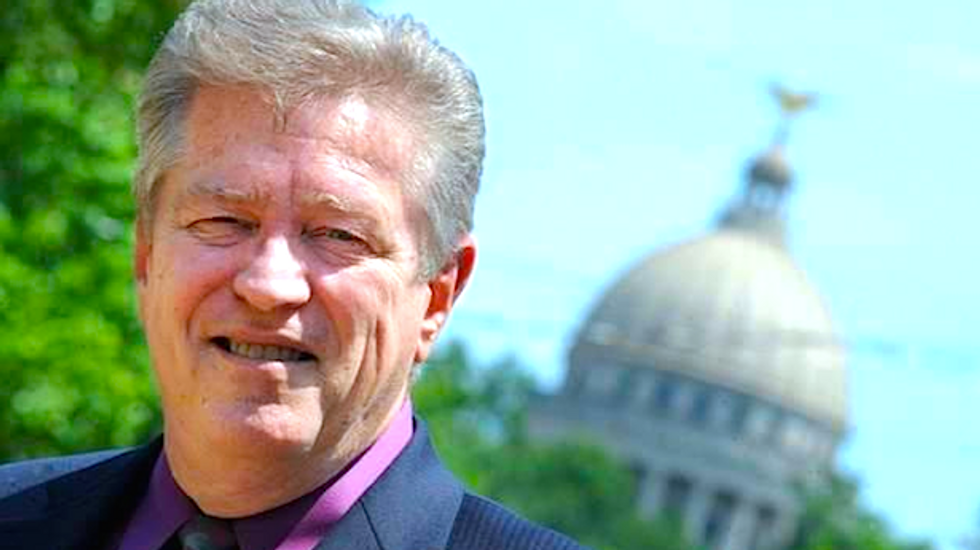 A Mississippi Tea Party official opened a meeting this week with a prayer calling on God to “be violent against” establishment Republicans.

“We ask for your blessing upon the conservatives in this state, that they might stand strong and firm,” said the state’s Tea Party chairman, Roy Nicholson. “Father, we even ask for you to bless our enemies, and Lord they are truly our enemies that head the Republican Party and the whole political establishment.”

Nicholson then clarified the request, according to the Jackson Free Press.

“So, Lord, that you might raise up and seek the righteous in the positions of power that this state might once more be a state that honors you in all that it does,” Nicholson concluded.

The newspaper reported that attendees at Monday’s meeting murmured their approval as their heads were bowed in prayer.

The group hosted California blogger Charles Johnson, who reported on his blog that a paid source claimed Sen. Thad Cochran’s campaign tried to pay voters $15 each to cast ballots for him in June’s Republican primary runoff election against state Sen. Chris McDaniel – a Tea Party favorite.

The McDaniel campaign is challenging Cochran’s victory in the runoff, claiming Democratic voters violated state law by casting ballots for the incumbent in the primary election without intending to back him in November general election.

Johnson posted a photo over the weekend on Twitter of a subpoena he was served by the Democratic attorney general’s office – in direct violation of instructions not to disclose the subpoena.

Investigators apparently want to determine whether the blogger or McDaniel’s staffers paid for Fielder for his phony information.

“God gave us this red-haired man,” said Tea Partier Tricia Raymond, who described the blogger as a fearless bulldog.

Johnson spoke out against mainstream media reporters and defended McDaniel supporters who conspired to break into a nursing home to photograph Cochran’s ailing wife.

But most audience members wanted to hear about the Republican senator’s private life, pumping Johnson for details about Cochran’s living arrangements at the Washington, D.C., home of his executive assistant, Kay Webber.

"It has a separate entrance? Is there a different address for the basement? So that makes it one residence then, don't it?" outraged audience members asked.