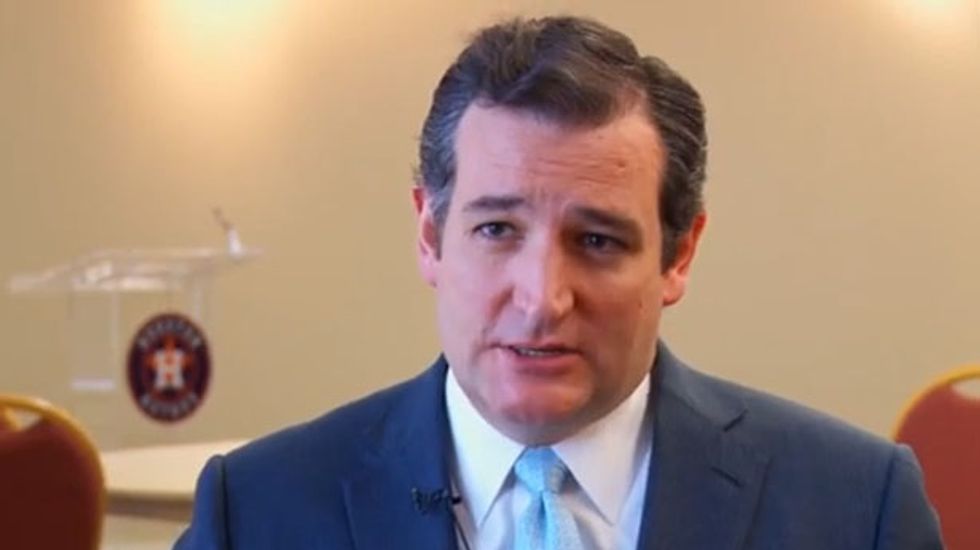 At the RedState Gathering in Fort Worth on Friday, Sen. Ted Cruz (R-TX) used his mention on the HBO vampire series True Blood to joke about Democrats committing voter fraud.

"You know, politics is sometimes a strange journey. A couple weeks ago -- how many of y'all watch the HBO show True Blood? So, it's a vampire show, and a couple of weeks ago much to my astonishment, the show True Blood had an episode where the vampires go to a Ted Cruz fundraiser. It's actually in Dallas at the George W. Bush Presidential Library -- I'm not making any of this up."

In the episode, characters Eric Northman and Pam De Beaufort dress up as Texan Republicans to infiltrate the fundraising event. Pam remarks the she looks like a "Republic*nt" after seeing herself in the mirror.

"They end up killing a bunch of Texas Republicans," Cruz explained. "This is HBO. So I'll confess when that happened we put a post up on Facebook, where I said if I were to make a list of all the places I thought I'd never be mentioned, HBO's vampire show True Blood would be really near the top of that list."

"But I went on to say I was very sorry to have lost the vampire vote," he continued. "But I was astonished and amused that HBO was somehow suggesting that hardcore leftists are blood-sucking fiends."

"He said, 'Ted, I'm sorry to tell you, you never had the vampire vote. Because vampires are dead and everyone knows the dead vote 100 percent Democrat.'"