'They said, let's take him': WaPo reporter Lowery describes being seized by cops in Ferguson 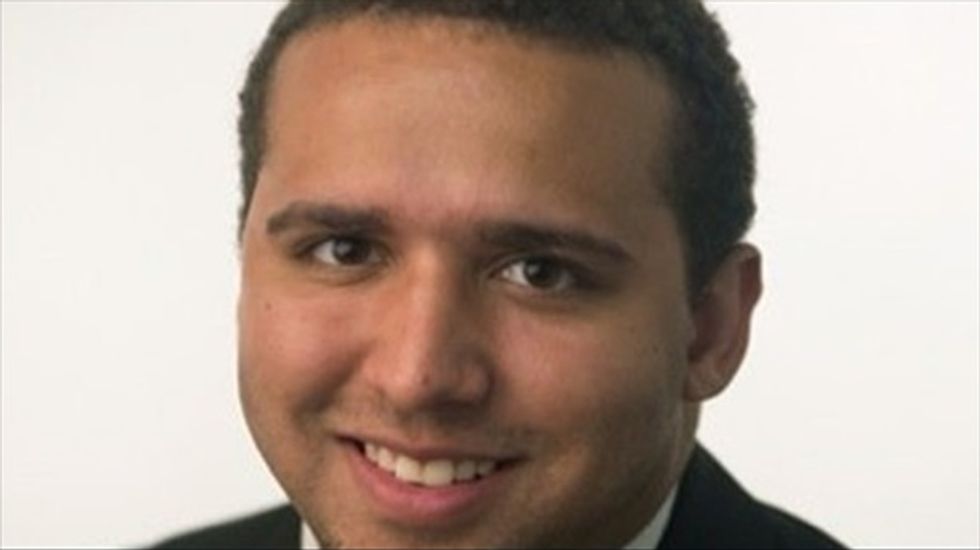 Washington Post reporter Wesley Lowery, who was briefly arrested by police while reporting on the ongoing demonstrations in Ferguson, Missouri, said to MSNBC host Rachel Maddow on Wednesday that he felt police left him and a colleague no way to avoid being taken into custody.

"I've been in a lot of scenarios with heavily-armed police officers," Lowery said. "I've been in a lot of scenarios where journalists could conceivably be arrested. I don't believe Ryan [Reilly} and I did anything that merited us being taken into custody and we were both behaving in ways to try to avoid being taken into custody. Because, frankly, I would rather be out in the street right now talking to protesters, trying to tell this story -- no disrespect to you -- and not sitting in this chair talking about me."

Lowery told Maddow that he and Reilly, who works for the Huffington Post, were working out of a McDonald's located about two blocks from what he called "ground zero" for the demonstrations -- the site of a QuikTrip convenience store that was burned down during an earlier protest.

Each had been reporting throughout the day on the escalating police response to the demonstrations that have criticized local police for the fatal shooting of 18-year-old Michael Brown. Authorities have refused to release the name of the officer who killed Brown. Early Wednesday morning, police shot another man, who allegedly pointed a shotgun at officers.

Lowery said on Wednesday that police entered the restaurant and initially advised everyone inside to vacate the premises, saying they could not guarantee their safety during an afternoon protest that appeared to be peaceful going on close to the QuikTrip. A few minutes later, he said, the officers forced everyone out. Lowery began recording video on his phone, which he said "angered" one officer. As he made his way out, he said he was asked to leave through one door before another officer told him to leave through another door.

"I said, 'Officers, where would you like me to go?'" Lowery recalled. "As I turned to follow their instruction, my bag slipped off of my shoulder. I said, 'Officers, I'm going to need to stop to adjust my bag, give me one second.' At which point they said, 'Let's take him,' slammed me into the soda machine, grabbed my bag, grabbed my phone and then put me in temporary restraints."

The Washington Post reported that Lowery and Reilly were taken to a local holding cell before their arrests garnered notice online. They were released 30 minutes after arrival without charges being filed against them, but authorities refused to identify the officers who took them in, or give their badge numbers.

"That behavior was wholly unwarranted and an assault on the freedom of the press to cover the news," Baron was quoted as saying. "The physical risk to Wesley himself is obvious and outrageous."

The Guardian reported Wednesday night that officers also shot tear gas at a crew from Al Jazeera America while they were covering Wednesday night's demonstration.

"Compared to some others who have come into contact with the police department, they came out relatively unscathed, but that in no way excuses the false arrest or the militant aggression toward these journalists," Grim said of Lowery and Reilly. "Ryan, who has reported multiple times from Guantanamo Bay, said that the police resembled soldiers more than officers, and treated those inside the McDonald's as 'enemy combatants.' Police militarization has been among the most consequential and unnoticed developments of our time, and it is now beginning to affect press freedom."

Watch Maddow's interview with Lowery, as aired on Wednesday, below.

Lowery also posted video of his arrest, which can be seen here.