Video shows Ferguson cop threatening to 'shell' reporter: 'Get the f*ck out of here!' 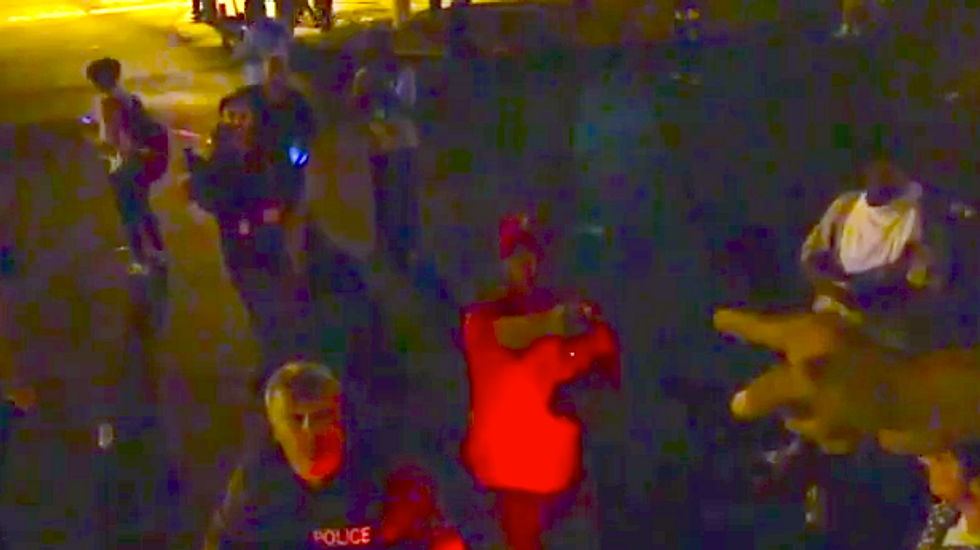 Mustafa Hussein, operator of the Argus Radio Livestream channel, had been using a light to illuminate crowds protesting the police shooting earlier this month of unarmed teenager Michael Brown in the St. Louis suburb.

"Get the f*ck out of here and keep that light off or you're getting shelled with this," the unidentified officer shouts at Hussein. “You’re in our way.”

Some witnesses reported the officer threatened to shoot Hussein, not shell him.

Hussein does not appear to be directly blocking police activity in the video, and another reporter at the scene describes the police reaction as “heinous” on the video.

Another officer who identifies himself as “Captain Todd” approaches Hussein afterward, asking him to calm down and keep the light off -- but he refused to name the officer who made the apparent threats.

"I promise you I will keep this light off, but I am a member of the media," Hussein tells the officer.

The reporter said he received Todd’s card and would follow up with him about the other officer’s comments.

Argus Radio is an independent digital radio station launched about a year ago in the Maplewood suburb of St. Louis.

The station previously had used its livestream equipment for broadcasting concerts, rather than news reporting.

Watch video of the incident posted online by Parker Higgins: