'What is wrong with you?': GOP official's Robin Williams remarks spark Twitter outrage 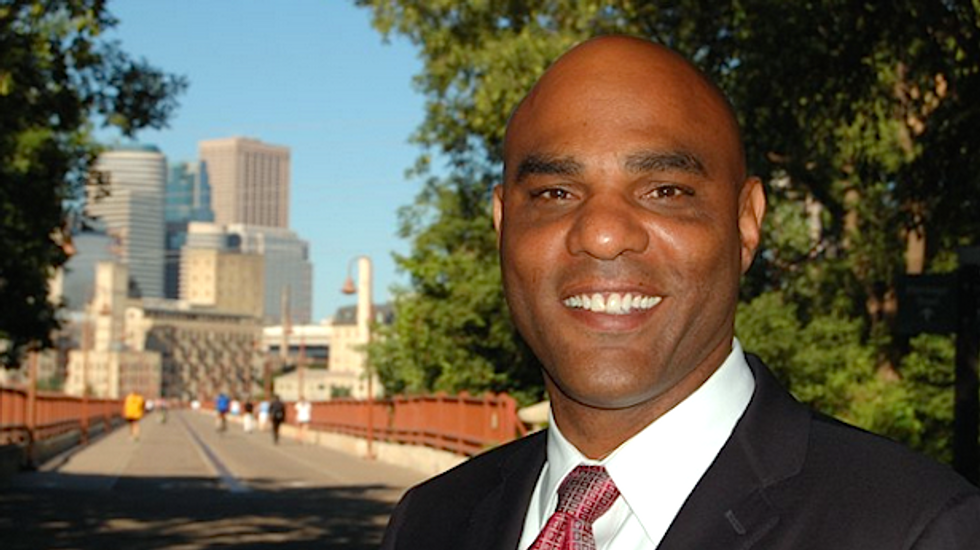 A GOP official from Minnesota provoked angry responses – including a profane call from a fellow Republican – over politically charged comments he made online about the death of comic actor Robin Williams.

Chris Fields, deputy chair of the state’s Republican Party, responded just before 8 p.m. Thursday to a tweet by the social media director of the state’s Democratic-Farmer-Labor Party lamenting the beloved comedian’s passing.

.@ellencanderson how very 80's. Want an economy like we had in 80's under Reagan...Vote @Jeff4Gov tomorrow in the primary.

Other Twitter users quickly rebuked the Republican for using Williams' passing to make political statement – including a clumsy plea to support Jeff Johnson for governor of Minnesota, reported Bluestem Prairie.

.@DJDanielson @ellencanderson Yes! Bcuz real ppl who dont have millions are crushed by the policies of guilt ridden celebrity above all libs

Fields – a former congressional candidate who has previously gotten himself into hot water for refusing to condemn a county GOP group’s Facebook post on slavery, claiming Rep. Keith Ellison (D-MN) had a daddy problem, and blamed the death of Trayvon Martin on hip hop -- used his latest controversial to point out the supposed hypocrisy of liberals caring about the deaths of celebrities whose work they admire.

“(R)eal ppl who dont have millions are crushed by the policies of guilt ridden celebrity above all libs,” Fields responded to one Twitter user.

“You gripe they don't pay their fair share and then ur somehow adversely affected by their passing?” he said to another.

Fields continued jousting with Twitter users over his comments, dismissing their grief and outrage as phony.

.@kwatt done playing nice with shallow ppl. Real ppl are hurt every day by them. Let's be more concerned abt real ppl, and watch ur mouth.

“You are an officer of the state party and making an ass of all of us,” Watterson said. “Don't tell me to watch my mouth.”

Fields continued trying to defend his reaction, saying that Williams’ death was no more tragic than any other person’s, and still trying to find a political angle.

.@AndrewLeeTCNT Interesting if I lived in a world or country where I didn't feel free to speak my mind I might get depressed and then what?