Why OKCupid sending users on bad dates was a good idea 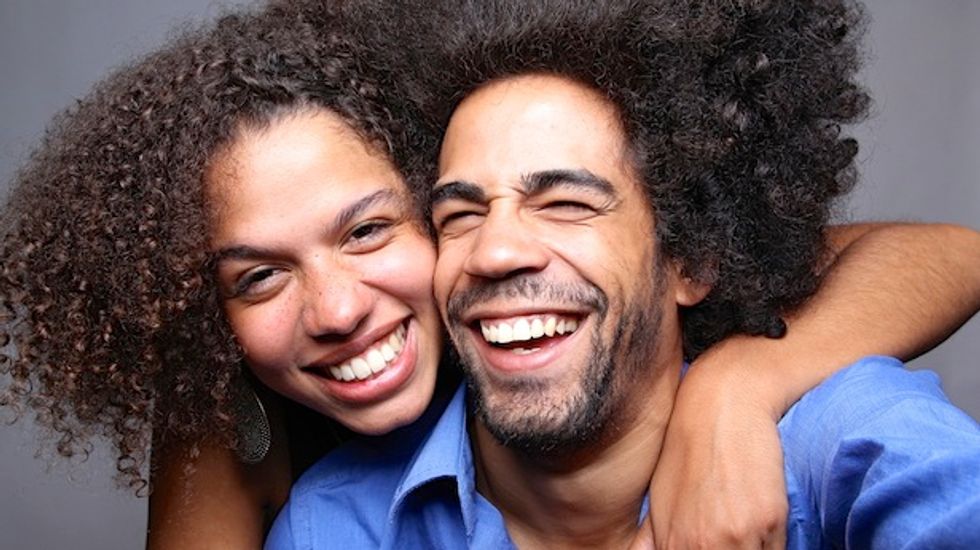 By Nick Dalton, The Open University

Online daters continue to express outrage about the revelation that OkCupid has been experimenting on users by telling them they matched well with people they had nothing in common with to see if they still got on anyway. Many feel they have been treated like lab rats. OKCupid remains utterly unapologetic.

It would be nice to think that the dating site is the exception to the rule and that companies don’t generally cross the line of decency by experimenting on their users. But nothing could be further from the truth. Most websites you use will try out some kind of experiment on you at one time or another.

These days it’s pretty rare to go to a big website and not be tracked somehow, even if it’s a charity. If you download a browser plug-in such as Ghostery you can watch websites as they watch you.

Ever since Eric Ries wrote The Lean Startup, tech firms have been wise to the value of carrying out a type of user experimentation called A/B testing. It’s at the core of many business plans in Silicon Valley and in tech clusters around the world.

The basic arc of any new start-up was, for a long time, quite simple. Entrepreneur comes up with a brilliant idea; entrepreneur does something like Dragons' Den to get money from venture capitalists; entrepreneur spends money on shorts-and-sandals-wearing software engineers to build product over one or two years; product is launched; entrepreneur prints t-shirts to help promote new product; new product dives faster than Tom Daley into product oblivion.

Historically most new start-ups fail and they fail because no one wants their product. This isn’t really surprising, since technology experts tend to be just that – experts in technology, not in people.

But Eric Ries suggested a new methodology for startups: entrepreneur comes up with a brilliant idea; entrepreneur prints t-shirts. But if no one buys the t-shirt, entrepreneur doesn’t bother building the product. This saves huge amounts of money and time which can be devoted to building better products that people actually want.

Ries wasn’t the first to invent this method. Showing different kinds of adverts and getting people to respond to them is one of the marketer’s stock tools. The statistics and scientific methods of psychology have been carefully applied to marketing since the 1950s.

The essence of the lean start-up method is to create a launch page announcing your new (non-existent) product. Start ups like Dropbox began with a simple webpage with a video describing their new product. At the bottom was a box inviting you to sign up as a beta tester. But there were actually two videos. When a potential customer arrived on the site, they were randomly assigned video A or B. Each would promote a slightly different version of the future product.

In the case of Dropbox the entrepreneurs thought that backing up would be the most useful facility and sharing was an also-nice-to-have. By counting how many people signed up as a beta tester they could measure what people wanted. In practice sharing seemed to get the biggest vote and backing up was almost irrelevant. In fact, they found that the users didn’t really care about almost 90% of the functionality the engineers had invented so they simply didn’t waste time building it.

Any company can use this tactic to find out what their potential customers actually want in a week or a month and can then go on to build something that will actually be loved. AirBnB continues to develop using this approach and even has a blog discussing the experiments and process. The customer as lab rat is such a common startup tactic that companies like landerApp now offer cut price landing pages with A/B testing built in.

For many, the use of lean start-up methods is a welcome application of scientific principles to the design of new products and services. This is what OKCupid has been doing with its users. I would personally prefer to use a product like OKCupid which is constantly on the look out for a new way to improve its algorithms and interface design over another company which is sitting back deluding itself that it has the ultimate (but untested) method. I don’t use OKCupid by the way, I’m happily married. (My wife made me write that.)

A/B testing is a common aspect of most commercial and even not-for-profit websites, and we should be pleased about that. If the alternative is waiting until some entrepreneur magically comes up with the right product based on a guess then perhaps we should all be signing up for experimentation.

Perhaps the real revelation from OkCupid’s testing is that its findings suggest that even bad matches could come together as happily as good matches. This implies that for the one in five relationships that reportedly started online, all that angst-ridden form-filling and hand wringing about profile pictures was not necessary. You may as well enlist a gang of orangutans to throw darts at passers by until they find you a mate. OkCupid does the service for you, producing less noise, less excrement and gets through significantly fewer bananas in the process.

OKCupid’s honesty about the testing and openness about the results is a sign that it has matured as a company. Perhaps you should go out and print a job lot of t-shirts that read “It’s OK, I’m a lab rat”. You never know, they might sell and you could start a business.

Nick Dalton does not work for, consult to, own shares in or receive funding from any company or organisation that would benefit from this article, and has no relevant affiliations.

[Happy couple in a photo booth via Shutterstock]