California police settle with woman punched by officer for $1.5 million 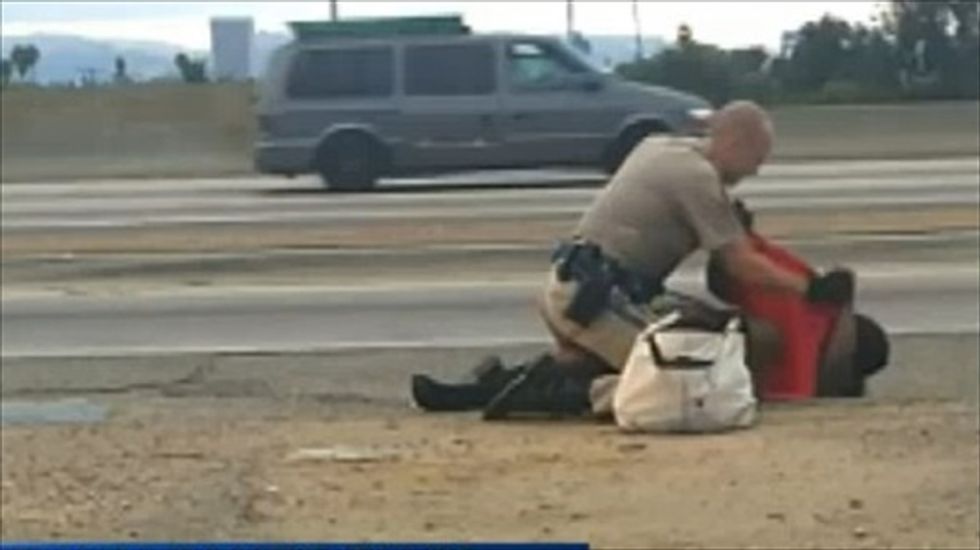 A woman who was repeatedly punched in the head by a California Highway Patrol officer has settled her lawsuit for $1.5 million, police said on Wednesday, and the money will be used for her long-term care.

Marlene Pinnock says the blows left her with slurred speech.

A Highway Patrol officer, who appears to be white, spotted 51-year-old Pinnock, who is black, walking shoeless along the shoulder of the freeway and stepping into traffic lanes near downtown Los Angeles, Highway Patrol said at the time.

The officer told her to stop and when he approached her, she became combative and he arrested her, Highway Patrol said.

A video of the July 1 arrest taken by a passing motorist shows the officer, throwing Pinnock, to the ground at the edge of the freeway, straddling her and punching her in the head several times as she tries to shield herself.

The video outraged civil rights activists and the general public when it was posted online and broadcast by news stations.

Pinnock told Los Angeles broadcaster KABC, last month: "It was hard bangs, like he was just trying to beat me to death, like he was trying to kill me."

"I can't understand why, because I did nothing to him."