Ebola outbreak producing thousands of orphans through illness and fear 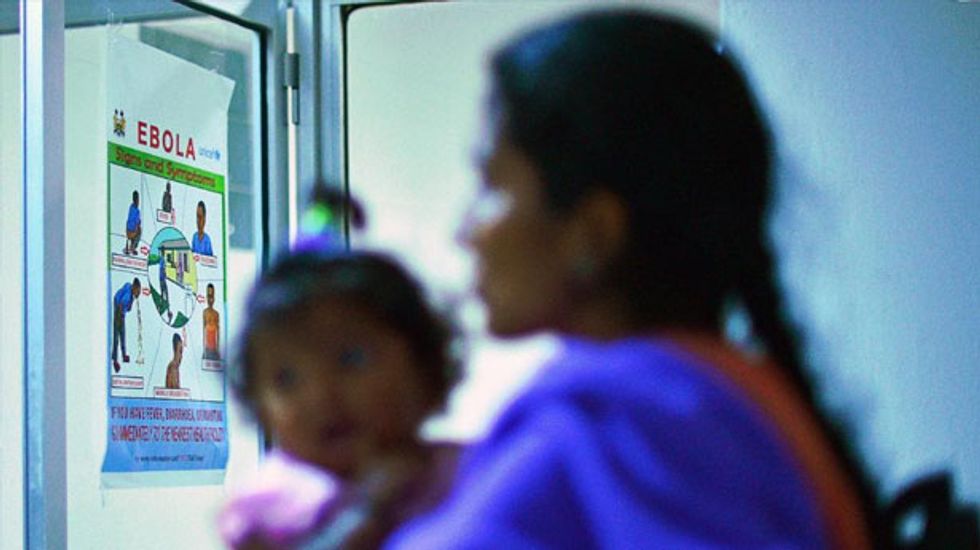 A humanitarian crisis is looming in West Africa as thousands of children are left orphaned and abandoned as a result of the Ebola epidemic, which has now killed an estimated 3,091 people.

Reuters reported on Tuesday that children are not only being cast adrift when their parents die of the deadly hemorrhagic fever, but some are being turned out of their homes and neighborhoods by people terrified of catching the disease.

The United Nations child relief agency UNICEF said this week that some 3,700 children are believed to be left without families because of the disease, a number that the agency predicts will double by the middle of October.

Children represent only about 15 percent of the deaths from Ebola thus far in the outbreak, which is believed to have begun in Guinea in about February of this year and has now spread to Sierra Leone, Nigeria and Liberia.

Children whose parents have died of the disease are finding it difficult to find permanent homes, even with relatives, because fear of contracting Ebola is so intense.

"In some communities, the fear surrounding Ebola is becoming stronger than family ties," said UNICEF's Manuel Fontaine to Reuters. "These children urgently need special attention and support; yet many of them feel unwanted and even abandoned."

Fear and panic surrounding the epidemic have complicated efforts to contain it and to educate people in the affected areas. A Guinean delegation of doctors and journalists who were tasked with spreading information about the disease were attacked and murdered by villagers earlier this month.

In Liberia, clinics have been overrun and medical workers attacked by people who believe that the illness is being spread by the government or by outsiders to kill Africans.

Last week, the Centers for Disease Control and Prevention said that the outbreak -- the first in history to infect and kill so many -- could go on to infect 1.4 million people by 2015 if left unchecked.

Andrew Brooks, UNICEF's regional head of child protection, told Reuters that the huge numbers of children left with no families and no resources by the epidemic will rival the numbers of refugees created by the savage internal wars that rocked Sierra Leone and Liberia in the 1990s.

"You cannot just set up a center and put 400 children in it like we used to do. It is much more complicated than that," Brooks said.

UNICEF hopes to train thousands of people who survived Ebola infection to take on the care of the refugee children. The agency believes that the shared experience of cultural ostracism could bind the adults and children together.

Already, the group has set up centers for children across the affected region, but all efforts are hampered and slowed by the still-raging epidemic.

In addition to the loss of family members, children in the region are losing their teachers and classmates. Fontaine said that it will take everything that the region has got to recover financially and in other ways.

UNICEF estimated that it will take up to $200 million to fight and recover from the disease. Fontaine said that donor nations have only supplied about 25 percent of that amount. The battle, he said, is going to need "more courage, more creativity, and far more resources."

Update: Reuters reported that he Centers for Disease Control has confirmed the first U.S. diagnosis of the disease in Texas.