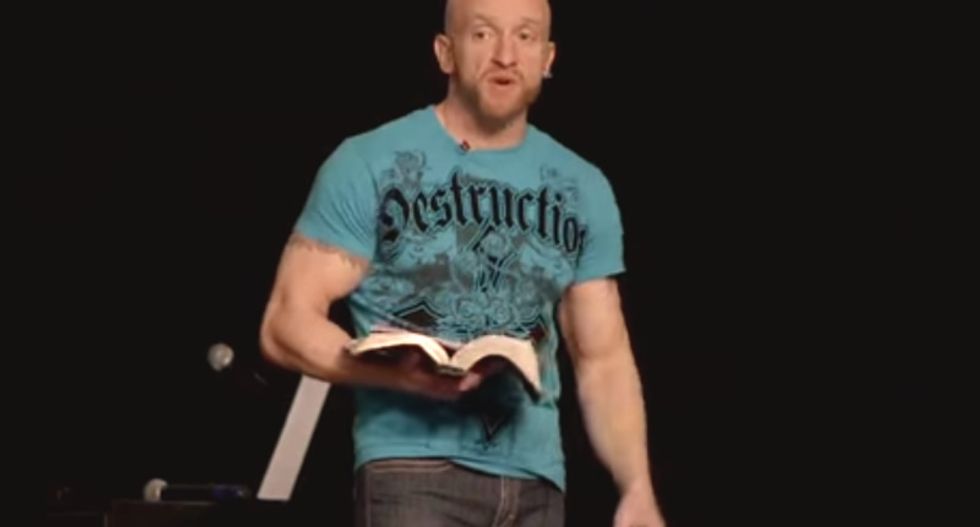 Despite allegations that he abused his position in Victory Church to curry sexual favors from his parishioners, a feature-length documentary about controversial "Fight Church" pastor Paul Burress was released on Tuesday, according to Hemant Mehta.

Earlier this year, former members of his Rochester, New York congregation accused Pastor Burress of abusing his power in the community to entice people into his swinger lifestyle.

In an email, the church's executive pastor, Al Odgen, characterized those claims as a "vindictive email attack against Paul and Victory [Church]," and accused the church's "enemies" of being "obviously in collusion with each other."

The film does not address the controversy surrounding Pastor Burress's abuse of power within his church, focusing instead on his ministry and the children and young men who fight in it.

The filmmakers, Daniel Junge and Bryan Storkel, wrote in The New York Times that one of the abiding concerns of Burress and other pastors who practice mixed martial arts (MMA) is that "the modern church [has] become 'feminized'" because it fails to realize that "many of the Bible's core tenets involve fighting."

MMA is one of the fastest growing sports in the country, and church's like Burress's have been trying to take advantage of that growing popularity to lure young men back to the church.

In an editorial at CNN, Burress himself argued that, "[l]ike many competitive sports, mixed martial arts can be considered violent, but it’s not hateful or destructive. It teaches us how to contain and control our most violent impulses through strength, discipline and perseverance -- none of which are odds with Christianity."

The rights to Fight Church have been purchased by Morgan Spurlock's production company, Warrior Poets, which will be turning it into a reality television series.

Watch an excerpt from the film focusing on Burress via The New York Times below.