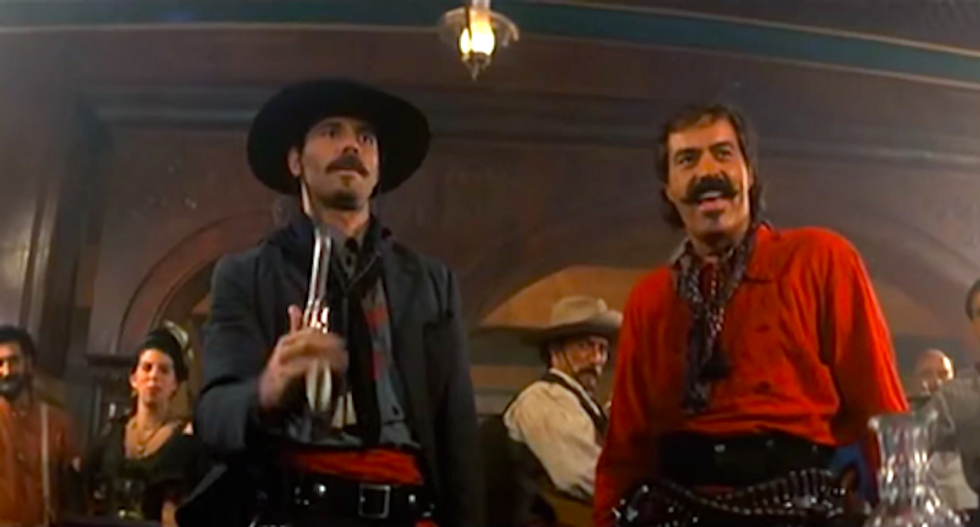 A Florida woman was shot and killed over the weekend when her brother unsuccessfully attempted to re-enact some fancy gunplay from the movie “Tombstone.”

In the 1993 classic western, actor Michael Biehn, as Johnny Ringo, elaborately twirls his pistol during a barroom showdown with Val Kilmer, as Doc Holliday.

Eric Stayton attempted the same stunt Saturday night at his home in Chaires, where about a dozen friends and relatives were celebrating the birthdays of his sister, 39-year-old Renee Chaires, and her 23-year-old daughter, reported the Tallahassee Democrat.

Chaires, a hair stylist who would have turned 40 this week, was standing next to her daughter in the home’s carport when the 50-year-old Stayton began twirling his gun in the air.

As he attempted to holster the weapon, it slipped from his hand, struck the concrete floor, and fired.

A single shot struck Chaires in the neck, and she later died.

Stayton has not been charged in the fatal shooting, which remains under investigation.