Jon Stewart shreds Fox's Eric Bolling: 'F*ck you and all your false patriotism' 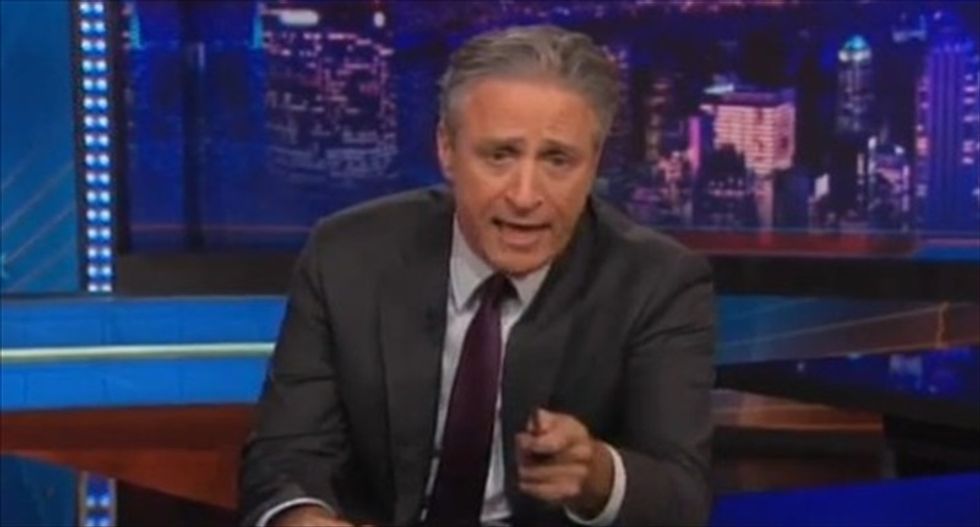 "F*ck you and all your false patriotism," Stewart said. "When [George W.] Bush took us to war, any criticism was shouted down as treasonous. But a president you don't like has the country poised on the same precipice [and] no transgression -- no matter how immaterial and ridiculous -- is too small to cite as evidence that this president isn't as American as you are."

The proof, Stewart argued, was that Bolling groused about Obama during the same episode in which he referred to a female combat pilot from the United Arab Emirates as "boobs on the ground."

"Here we've got two presidents, both sending the United States to war citing the same legal authorities," Stewart argued. "Both without any seeming exit strategy and both holding sh*t in their hands while saluting our troops. But in their diseased minds, only one did that because he loved America. The other did it because he hated it."

While Fox and other networks were wasting airtime worrying about Obama's coffee, he said, they were neglecting the fact that Republicans and Democrats couldn't even seem to agree within their respective parties whether Obama had the authority to expand U.S. military operations against the Islamic State terrorist group without congressional approval.

"It is so heartening to see Congress -- usually gridlocked along partisan lines -- finally reaching across the aisle and coming together to get nothing done," Stewart said.

Watch the entire episode of The Daily Show via Hulu below.