Kentucky man shoots wife, then himself after she wrecks SUV while fleeing from him 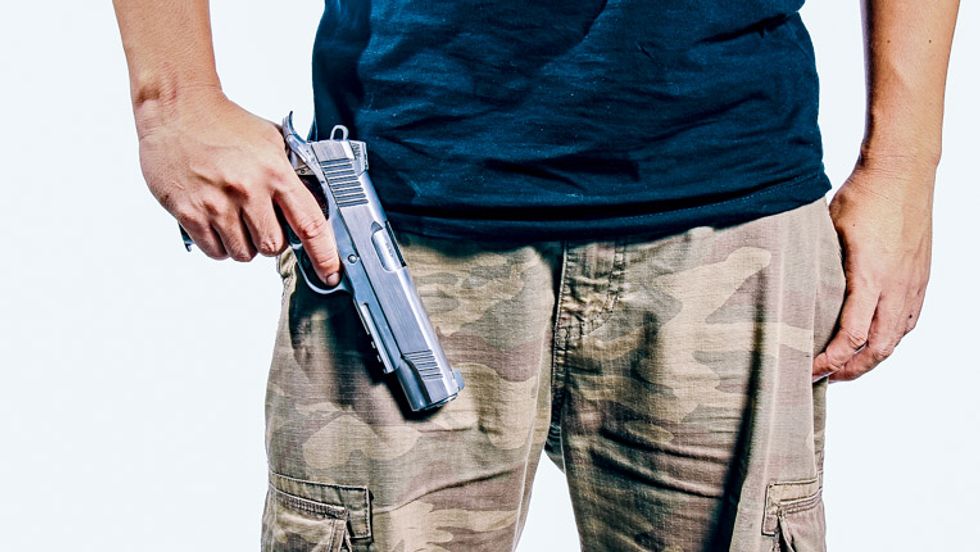 Police in Louisville, Kentucky are investigating two deaths that occurred when a man apparently caused his wife to wreck her car, shot her, and then turned the gun on himself.

According to the Louisville Metro Police Department (LMPD), 39-year-old Anthony Puryear and 37-year-old Shannon Puryear were in the process of getting a divorce when the altercation began on the Watterson Expressway on Monday, WLKY reported.

Witnesses told the LMPD that Anthony Puryear was following his wife's SUV with his car, and trying to force her to pull over. But she refused, and exited on Poplar Level Road.

Moments later, she lost control of the car and crashed into a body shop.

"Police said Anthony Puryear got out of the car, shot Shannon Puryear, then turned the gun on himself," according to WLKY.

An additional witness came forward on Tuesday after he saw his photo on local news reports.

The LMPD had no records of responding to calls at the Puryears' home.

"From what I've been able to see this morning, there's no history of domestic violence," Police Department Homicide Unit Lt. Todd Kessinger said. "Neither of them had a criminal history. He's an active member of the Army. So there was nothing we saw that would indicate an incident like this happening."

The couple had two young daughters.

Guns Activism Video
Please contact support@rawstory.com for customer support or to update your subscription. Report typos and corrections to: corrections@rawstory.com.