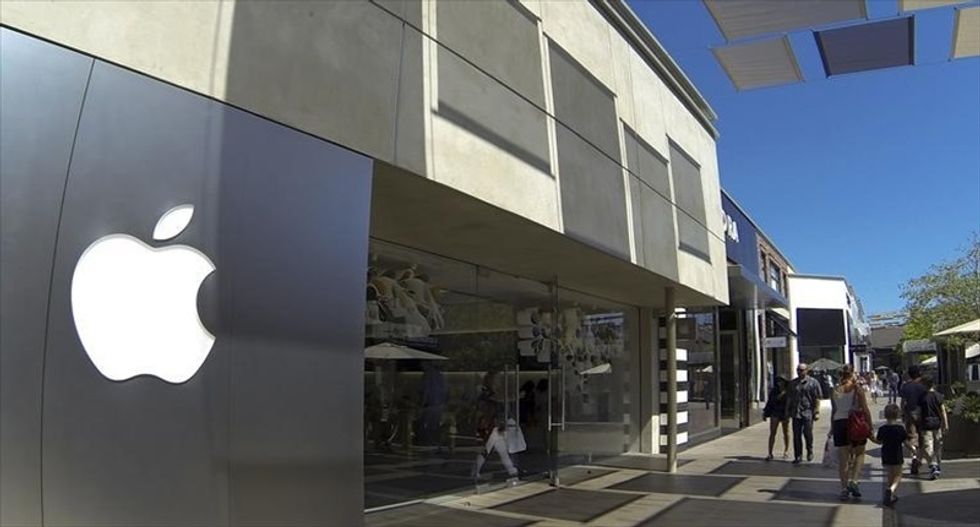 An Apple retail store is shown at a shopping mall in San Diego, California on Sept. 10, 2014. By Mike Blake for Reuters.

New Apple Inc phones include a theft deterrent system that enables users to lock their devices and wipe them clean of data if stolen, a victory for regulators who have long pushed the telecommunications industry to do more to stem theft.

The tool, known as a kill switch, will be standard on Apple's new iPhone 6 and iPhone 6 Plus devices and can be installed on previous models of iPhones starting Wednesday, according to an announcement from the office of New York Attorney General Eric Schneiderman.

Schneiderman has long fought alongside New York District Attorney George Gascón to convince device manufacturers to include the kill switch as a default setting on their devices.

"This is a game changer,” said Gascón. "This is a major development that will change behavior on the street and eventually turn around this violent epidemic."

The announcement marks the first time a kill switch is present as a default option on the iPhone.

In April, Apple was among 10 device makers to sign a voluntary agreement to make the feature available on new smartphones.

In 2012, 1.6 million Americans were victimized for their smartphones, according to Schneiderman's office.