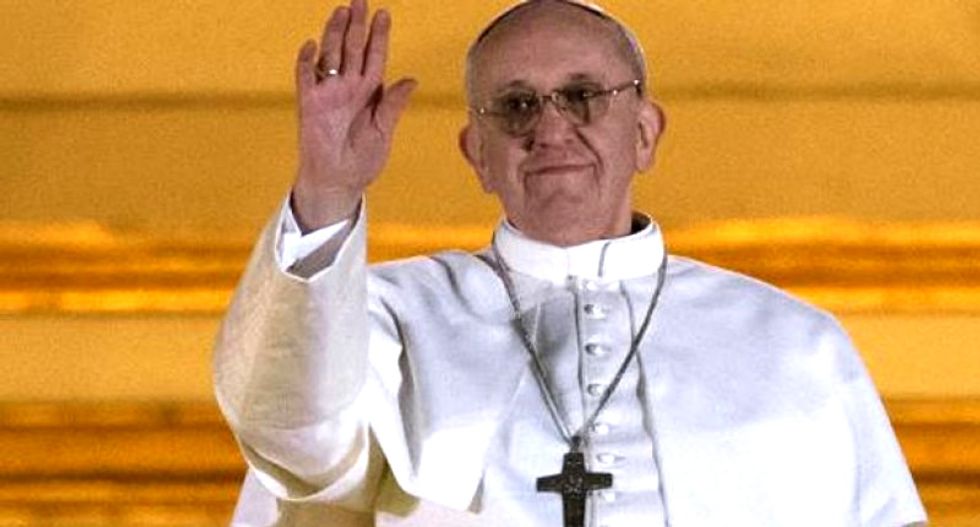 A single mother, people who have been married before and couples who have been living together "in sin" were married by Pope Francis in a taboo-challenging ceremony at the Vatican on Sunday.

In another signal of the openness of his papacy, Francis asked to marry 40 people from different social backgrounds who would be a realistic sample of modern couples.

Popes very rarely perform marriages -- the last one was in 2000.

Marriage "is not an easy road, it's sometimes a contentious trip, but that's life", the pope told the couples, both young and old, as their families gathered for the solemn two-hour ceremony.

"It's normal that couples fight. That always happens, but don't end the day without making peace, even a small gesture is enough," said the pontiff, who donned a red robe for the occasion rather than his usual white.

One of the couples he married was single mother Gabriella and her partner Guido, whose previous marriage was annulled by an ecclesiastical tribunal.

The last time a pope performed a marriage was under the leadership of John Paul II in 2000, and before that in 1994.

It comes three weeks before a major synod of the Catholc Church will discuss the divisive issues of marriage, divorce and conception.

The church ban on allowing divorcees who have remarried to receive communion is one of the key topics up for debate, and resolving deep divisions over the issue inside the church is seen as a key test of Francis' leadership.

Francis has shown himself more open than his predecessors on the subject of marriage, and has spoken of more realistic attitude to social problems, raising the issue of broken marriages and abandoned women.

Last January he baptised the child of a single mother in the Sistine Chapel along with the daughter of a couple who had not been married in a church.