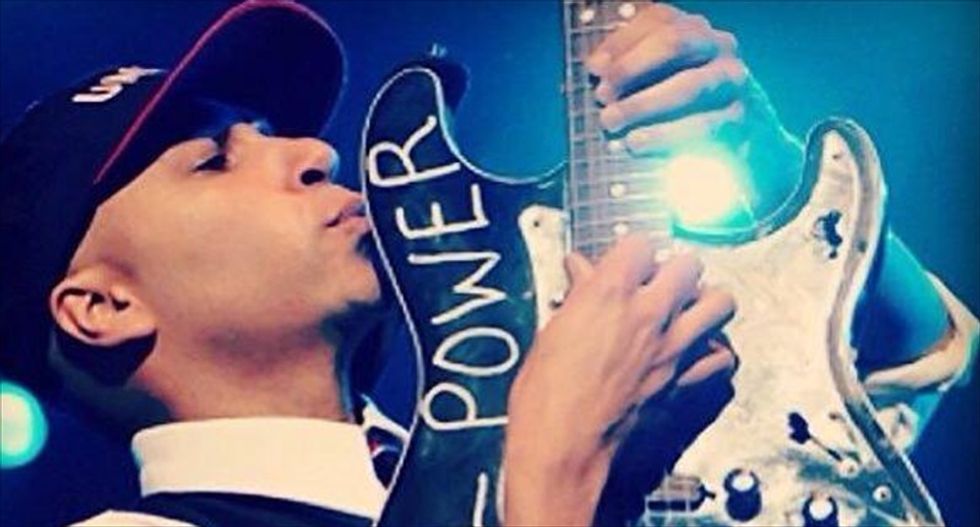 Musician and progressive activist Tom Morello found himself in an online dispute with a Seattle bar and restaurant owner after denouncing the bar's doorman during a recent visit, Mashable reported.

The argument between Morello and 5 Point Cafe owner Dave Meinert began on Sept. 27, when Morello called the establishment "super rude & anti-worker" on Twitter:

Meinert fired back on the cafe's Facebook page, saying Morello and his party were not allowed in because it was at capacity. Meinert also quoted one of his doormen in the post.

"We had no room, his whole party was being rude," the doorman was quoted as saying. "He wanted a special room in the back. Clearly had no ideas what it is like inside. I've told bigger rock stars than him no."

Meinert also directly challenged Morello's characterization of his restaurant as "anti-worker," expressing his support on Twitter for the city's minimum wage to be raised to $15 an hour:

Morello struck a more conciliatory tone on his Facebook page Tuesday night, saying he wanted to meet with Meinert to "discuss the matter to conclusion" and did not want to draw attention away from the campaign for the $15 per hour wage.

"To be clear: at no point did myself or anyone in our party 'demand special treatment', a 'private room' or any other ridiculousness," Morello wrote. "I was however pissed at the rudeness of the doorman to my friends and my younger brother--of whom I'm quite protective. I question what underlying motives the doorman may have had. Bad day? Anti-Kenyan? Preferred the Spin Doctors?"

Last November, Meinert got into an online argument with a local "tech nerd" after the manager at Lost Lake Cafe & Lounge, which Meinert also owns, enforced a policy banning the use of Google Glass in his businesses.