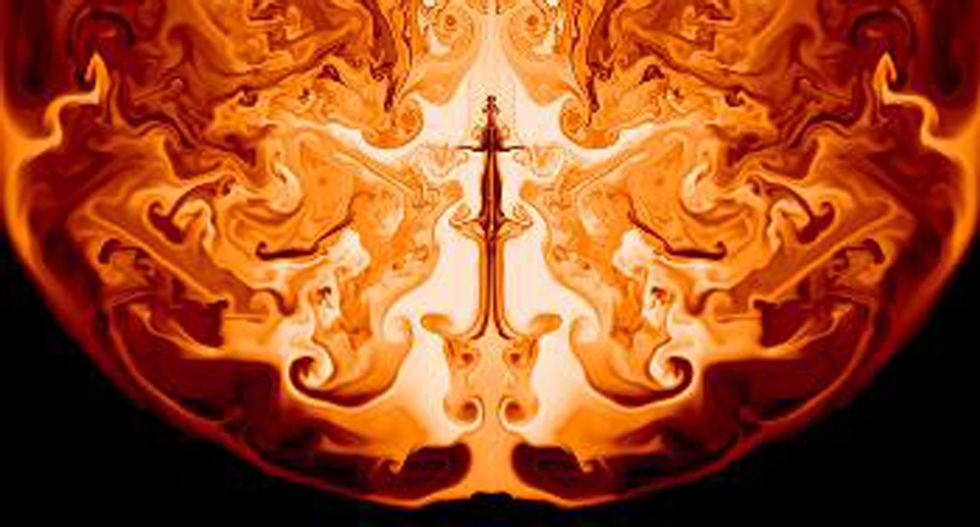 This image is a slice through the interior of a supermassive star of 55,500 solar masses along the axis of symmetry. It shows the inner helium core in which nuclear burning is converting helium to oxygen, powering various fluid instabilities (swirling lines). This "snapshot" from a CASTRO simulation shows one moment a day after the onset of the explosion, when the radius of the outer circle would be slightly larger than that of the orbit of the Earth around the sun. Visualizations were done in VisIT. (Ken Chen, UCSC)

Certain primordial stars—those between 55,000 and 56,000 times the mass of our Sun, or solar masses—may have died unusually. In death, these objects—among the Universe’s first-generation of stars—would have exploded as supernovae and burned completely, leaving no remnant black hole…