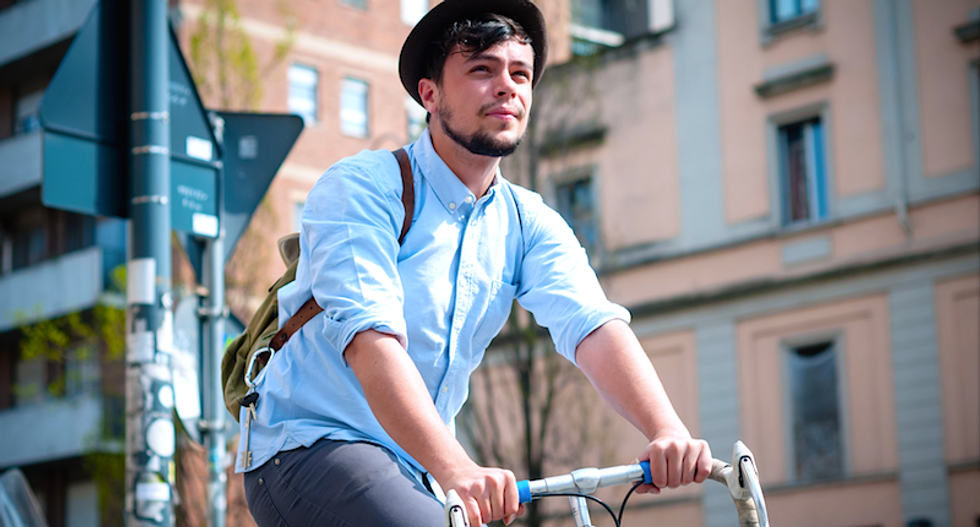 Fears of a one-world government are helping to drive grassroots objections to zoning and development plans in communities across the U.S.

Developers and industrialists have long objected to zoning regulations that inhibit their plans or raise costs, but talk radio hosts such as Glenn Beck and Alex Jones have stoked fears that the United Nations would impose European-style socialism through local zoning boards.

They’re worried high-density residential developments, bicycle lanes, and other “smart” growth plans are evidence of Agenda 21 – a voluntary action plan adopted in 1992 by delegates at the U.N. Conference on Environment Development to promote sustainable development.

An article on Jones’ Infowars website says simply, “Agenda 21 = Death,” and Beck has published a fictionalized account of a dystopian future under the imposition of the U.N. guidelines.

Urban planners are sometimes surprised when they’re accused of plotting to undermine capitalism and sovereignty by taking away their neighbors’ cars and forcing them to live in cities, reported The Post and Courier

"It's coming up more and more, and I'm hearing about it from colleagues in other parts of the country," said Bill Eubanks, a civil engineer who helped develop a master plan for a commercial boulevard in Mount Pleasant, South Carolina.

These master plans are mandated by state or local governments to ensure orderly and responsible long-range development, but ideas that address sprawl and other environmental concerns raise suspicions about a possible U.N. plot.

"High-density urban development without parking for cars is the goal,” said Rosa Koire, of Democrats Against U.N. Agenda 21. “This means that whole towns need to be demolished and rebuilt in the image of sustainable development. Bike groups are being used as the 'shock troops' for this plan."

Lawmakers and candidates such as Joni Ernst, a Republican U.S. Senate candidate from Iowa, have helped take the conspiracy theory into mainstream discourse.

Several state legislatures, including Alabama, have passed resolutions against Agenda 21, reported The Post and Courier, and the Republican National Committee adopted a resolution two years ago denouncing Agenda 21 as a "comprehensive plan of extreme environmentalism, social engineering, and global political control."

But Eubanks, the civil engineer, said it’s all bogus.

"I have looked into the Agenda 21 conspiracy theory claims and not only do I think they are unfounded, I think they are absolutely ludicrous," Eubanks said. "Worse than that, buying into this ridiculous fear-mongering can stand in the way of both sustainability and smart growth - something our communities really need."

Tea Party activists in northern Kentucky unsuccessfully attempted to eliminate a regional planning and zoning commission over the past several years through a ballot measure.

The conservative group teamed up with a local homebuilders association to eliminate the bureaucratic agency, which opponents claimed would strip individual rights by implementing Agenda 21 suggestions for land use.

The Southern Poverty Law Center issued a report this year that blamed "radical right groups" for "poisoning any kind of rational discussion of the very real challenges we face” with Agenda 21 conspiracy theories.

"Agenda 21 is not a treaty," the civil rights group said. "It has no force of law, no enforcement mechanisms, no penalties, and no significant funding."

The agreement, which was signed by President George H.W. Bush and 177 other world leaders, is "a feel-good guide that cannot force anyone, anywhere, to do anything at all,” the SPLC said.

But to adherents of the conspiracy theory, the evidence is all around.

"Sustainability is a buzzword that you hear about all the time, and you hear about how they want mass transit and people riding bikes to work," said John Steinberger, chairman of the Charleston, South Carolina, County Republican Party. "Blocking a lane of traffic coming in to Charleston from West Ashley to create a bike lane is an example of that thinking."

He told The Post and Courier that a “vocal minority” was using the bike path to undermine individual rights.

“We want the freedom to drive our car and work on our schedule and do the things needed to carry on with our daily lives,” Steinberger said.