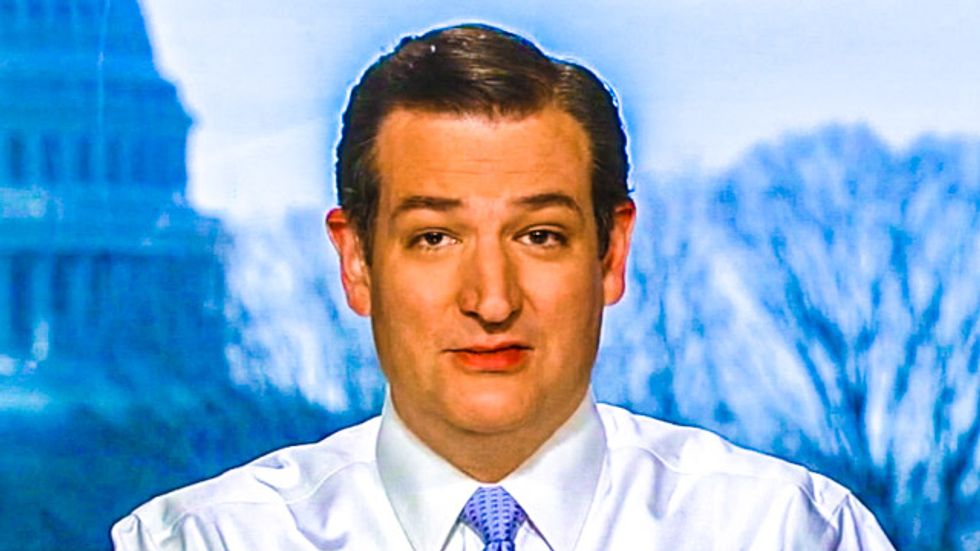 Tea Party Republican Ted Cruz walked away from this weekend's Value Voters summit as the first choice in the conservative conclave's annual presidential straw poll, according to the Washington Post.

The Texas senator, known more for his rhetorical bomb-throwing than for legislative accomplishments, received 25 percent of the vote, down from the 42 percent he received in 2013.

Rand Paul, considered by many to be a leading contender for the 2016 nomination,  trailed in sixth place demonstrating a lack of enthusiasm for the libertarian-leaning senator by the 2,000 mostly evangelical attendees interested mostly in religious and social issues.

Carson, a regular fixture on conservative talk shows who has never held public office, was the first choice by voters for the vice presidential slot.

Ron Paul's win in 2011 was dismissed by Family Research Council President Tony Perkins after he accused Paul of busing in over 600 voters.

To date, no Value Voters straw poll winner has  been elected president, with only Romney receiving the GOP nod in 2012.

The former Massachusetts governor, who did not speak at the conference, is rumored to be considering another run.

Former Democratic strategist and infamous southerner James Carville bashed Republicans for their behavior during the State of the Union Address on Tuesday calling them "white trash."