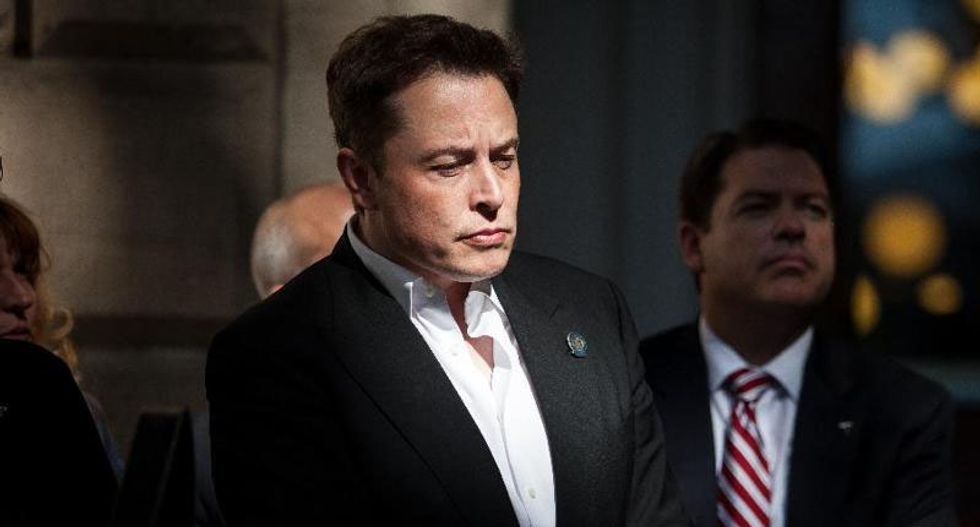 US electric car maker Tesla is developing technology that could see vehicles run on "full auto pilot" in as little as five or six years, according to its chief executive Elon Musk.

The colourful entrepreneur said his firm was stepping on the accelerator in the race against rivals such as Google and Volvo to create a driverless car, which could revolutionise the road by drastically cutting mortality rates.

"The overall system and software will be programmed by Tesla, but we will certainly use sensors and subcomponents from many companies," Musk told reporters in Tokyo Monday.

"I think in the long term, all Tesla cars will have auto-pilot capability," added Tesla's 43-year-old head.

There are no self-driving cars on the market yet, but several automakers have been working on autonomous or semi-autonomous features, such as self parking, which are seen as a major advance for the auto sector.

Musk's comments suggest that the arrival of self-driving cars could be closer than previously thought -- a January report by the research firm IHS said they could start hitting highways by 2025 and number as many as 35 million globally by 2035.

On Monday, Musk also said electric car maker Tesla hopes to sign a new battery supply with Toyota in the next few years, as an existing programme comes to an end.

Musk was in Tokyo to announce the release of Tesla's Internet-connected Model S sedan in Japan.

The luxury electric car costs 8.23 million yen ($77,000) and comes equipped with batteries made by Panasonic.

The collaboration between Tesla and the Japanese giant on the Model S precedes the planned joint construction of the world's largest lithium-ion battery plant in the US state of Nevada.

Tesla will run operations at the $5.0 billion "gigafactory" while Panasonic will make battery cells destined for the plant and invest in equipment and machinery.

The factory will employ 6,500 workers directly and another 16,000 indirectly, Tesla said.

The electric car market in Japan, as in other countries, has been growing slowly, hindered by high prices and a lack of locations for drivers to charge vehicle batteries.