Comcast and AT&T insist to lawmakers: There are no plans for Internet 'fast lanes' 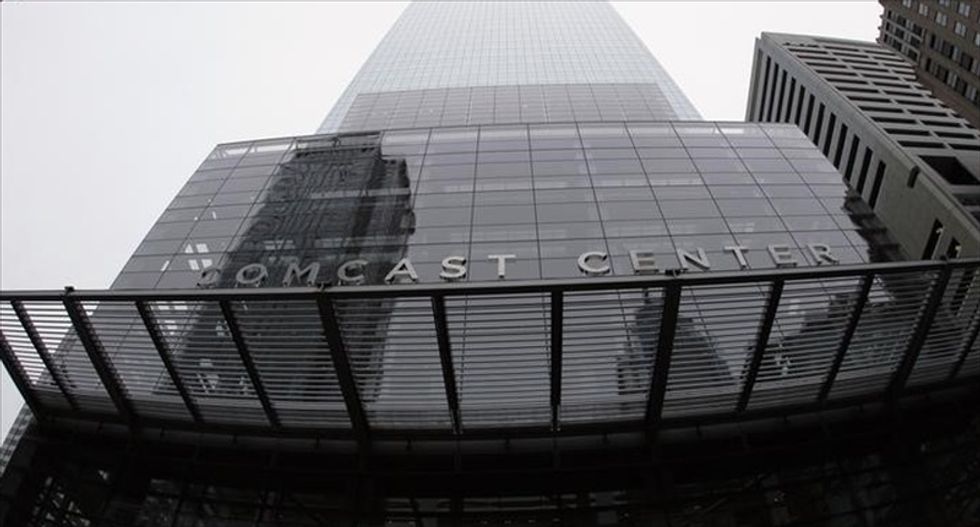 A view of the headquarters of Comcast on JFK Boulevard in Philadelphia, Pennsylvania on May 21, 2014. Photo by Tom Mihalek for Reuters.

Senator Patrick Leahy last week wrote to top Internet service providers (ISPs), urging them to pledge that they would not enter any so-called paid prioritization deals, in which content companies would pay ISPs to ensure smooth and fast delivery of their traffic.

"We have repeatedly made clear - both to our customers and more generally to the public - 'Comcast doesn't prioritize Internet traffic or have paid fast lanes, and we have no plans to do so,'" Comcast Executive Vice President David Cohen told Leahy in a letter dated Oct. 24 and viewed by Reuters late on Wednesday.

AT&T, in its response on Thursday, said it had no plans to strike deals with third parties to prioritize traffic as it travels the so-called last mile of the network from the ISP's facilities to consumers' screens "without the knowledge and direction of the end user."

Verizon Communications Inc on Wednesday published its own response to Leahy, also asserting no plans for "fast lane" deals, and calling paid prioritization a "phantasm" and worries about it "demagoguery, since no major ISP has expressed an interest in offering 'paid prioritization' and all agree that the FCC has a valid legal path to prohibit it."

Though FCC Chairman Tom Wheeler has said he would not tolerate anti-competitive or anti-consumer prioritization, consumer advocates and other critics worry that opening the door for such arrangements could create "fast lanes" for some content and so relegate other websites and applications to "slow lanes."

Instead, some critics have urged the FCC to reclassify ISPs so they are regulated more like public utilities. The broadband companies object, saying it would hamper investments and innovation.

In their letters, Comcast, AT&T and Verizon all argued that the FCC should choose other legal options to prevent harmful paid prioritization short of reclassification.

"Departing from the longstanding, bipartisan light-touch approach to the Internet by reclassifying broadband ... would be risky and unnecessary," Cohen wrote.

AT&T's Tim McKone, executive vice president for federal relations, wrote that not all prioritization presents a threat to the openness of the Internet, pointing out examples like health or alarm monitoring. He also argued that reclassifying broadband would be a "legally dubious path" that would not actually prevent paid prioritization.

The FCC is writing new net neutrality rules after a U.S. appeals court in January struck down their previous version in a case brought by Verizon.

The 2010 rules allowed "commercially reasonable" discrimination of traffic, but indicated that the FCC would disapprove of potential "pay-for-priority" deals.