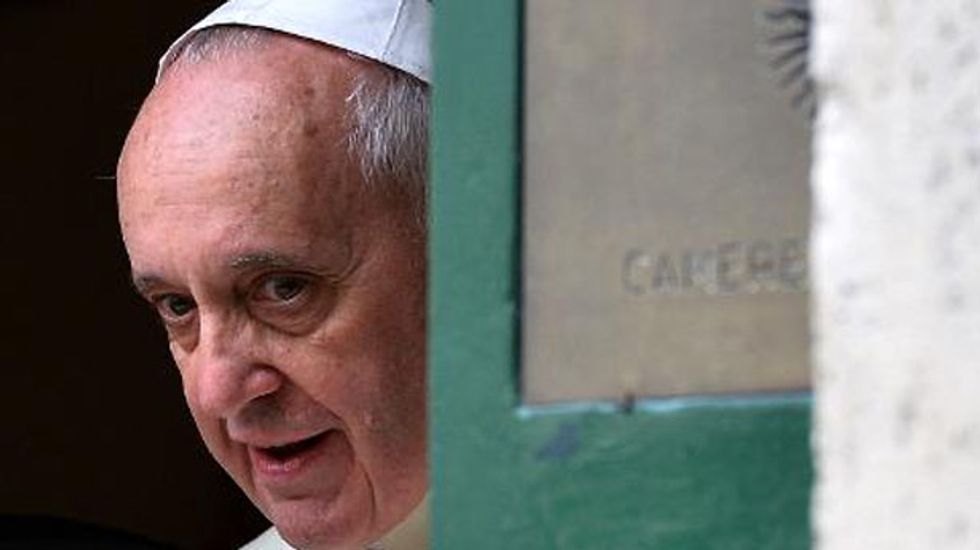 The pope’s strong expression of support for the scientific origins of the universe and the theory of evolution predictably upset creationists.

“Following in the tradition of other recent popes, Pope Francis has compromised biblical authority in favor of man’s ideas in the area of origins,” complained Ken Ham, president of the Answers in Genesis ministry.

The creationist was troubled by the pope’s claim that God is not “a magician, with a magic wand able to do everything.”

“Of course God is not a ‘magician,’” Ham sniffed. “Nothing in Scripture ever hints that He is — especially not in the creation account. Scripture portrays God as the all-powerful Creator who is capable of making anything, whether that’s creating the universe out of nothing, parting the Red Sea, saving people from a fiery furnace, walking on water, or raising the dead!”

Ham was particularly offended that Pope Francis claimed “God is not afraid of new things,” which the creationist suggested a lack of deference to the Bible – which he believes was literally written by God.

“Think about it: if God and His Word are open to change, then God’s Word is not an authority on anything — man becomes the authority because he gets to decide when and how God’s Word applies,” Ham argued.

Of course, anyone who sets out to translate the Bible unavoidably “puts man’s word above God’s word.”

That can be particularly problematic when there’s no precise approximation of a word or concept between one language and another – which we saw in reporting on the pope’s controversial remarks.

One widely quoted translation reported the pope claimed “God is not a divine being” – which would be something of a bombshell -- but other accounts translated the remarks as “demiurge,” the craftsman who created the physical world in Plato’s origin myth.

Conservative columnist John Ransom, a Catholic who says “the scientific account of creation [is] not incompatible with that of the Bible,” seized on this imprecise translation as something that would “hurt” Catholics.

“While other media outlets concentrate on Francis saying that God is not a magician, I grieve that a pope would dare to say that God is not divine,” Ransom wrote in his column, “Can the Pope Shut Up Too?”

“I don’t know how I can support a pope — or church — that says that God is not divine,” Ransom complained. “The church’s role as arbiter of scientific thought seems so important to Francis that he is willing to sacrifice the divinity of our Creator in order to glamorize the secular elements of man.”

Creationist Ray Comfort took a more conciliatory tone in a Facebook post, allowing that Pope Francis “is very welcome to believe in evolution if he wishes.”

But he said any self-described Christian who believes in Darwin’s theory of evolution revealed they don’t actually know very much about science – or their faith.

“They probably think that they are siding with science, [but] they don’t realize that the theory has no scientific basis — that it’s unproven, and that it has to be received on blind faith,” Comfort argued.

He said adaptations exist within species, but that has nothing to do with Darwin’s theory of evolution, and anyone who believed otherwise could not rightfully claim to be Christian.

“They don’t believe Jesus,” Comfort argued. “This is because He ruled out any thought of evolution when He said ‘Have you not read that He who made them at the beginning made them male and female’ (Matthew 19:4).”

Ham encouraged his followers to read some of his previous linked articles and urged them to pray for Pope Francis.

“I encourage you to pray that church leaders like these will realize that they are placing man’s opinions above God’s Word and that they will repent and trust God’s Word, beginning in Genesis,” Ham wrote.