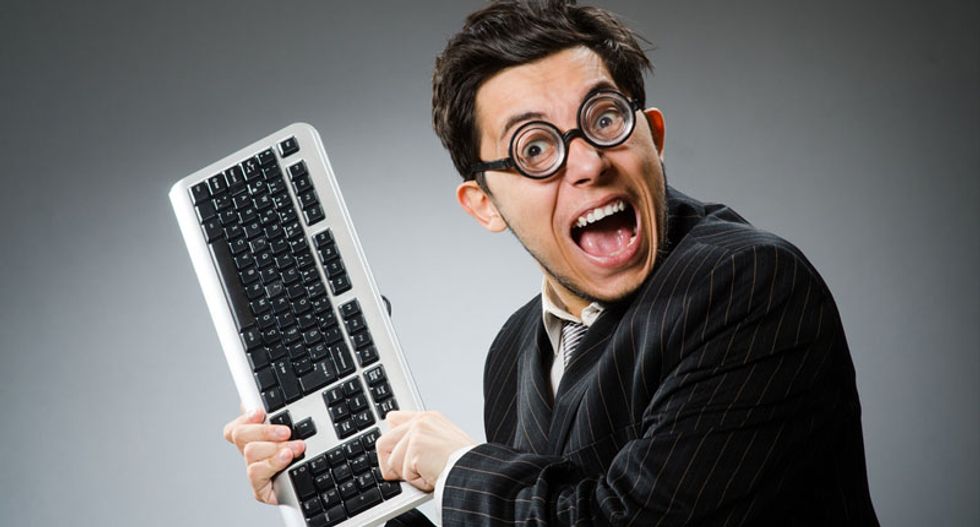 Feminism is ruining everything. In the past few weeks alone it has single-handedly threatened to ruin a poor convicted rapist’s hopes of returning to role-model status and celebrity career, allegedly destroyed masculinity, and obnoxiously banged on about a lack of opportunities for women in the theatre, when in fact there is no real problem at all. Which is weird, because I thought the real problem lay with the person who decided to rape someone, the person who brutally beat his ex-partner and the enormous inequality women face in the theatre!

It has been suggested that footballer Ched Evans is the victim of a “feminist gang”, because some pesky women had the audacity to suggest that a man convicted of rape did not belong in the position of an adulated role model. Meanwhile mixed martial arts fighter Jonathan Koppenhaver (aka War Machine) attempted suicide while being held in jail, awaiting trial on charges brought after a violent attack on his ex-partner Christy Mack. According to TMZ, he allegedly left a suicide note telling her “I forgive you”, asking his brother to “keep alpha male shit alive” and protesting that “society has killed men”. And arts reviewer Rupert Christiansen has reacted to the Donmar Warehouse’s all-female production of Henry IV, writing that “we are in danger of making the question of gender much more problematic than it needs to be”, under the helpful headline: “There is no conspiracy against women in the theatre.”

Clearly, these are drastically different situations and I am not for one moment seeking to draw any moral equivalence between them. But they do have one thing in common. Each features somebody grappling with the accusation of inequality and, instead of reflecting on that problem, seeking to blame or ridicule the voices pointing it out. Flailing wildly against feminism for vocally pointing out sexual violence and gender inequality is a last-gasp attempt to retain a privilege that is being threatened. And these ridiculous arguments only start to come out when that privilege begins to be eroded – in other words, this backlash is a sign that things are changing.

Koppenhaver’s alleged note – which wildly suggests that the woman whose bones he reportedly shattered, teeth he knocked out and liver he ruptured could only be testifying against him due to pressure from others for money – paints him as the victim and smacks of bewilderment at having his entitlement taken away. More than 150,000 signatures on a petition against Evans’ reinstatement at his old football club are testament not only to the massive recent resurgence of feminist activism, but also to a society whose cultural norms are beginning to shift. And Christiansen’s article brings up some of the most recognisably weak “back to the wall” protestations; like suggesting women are creating a problem where one doesn’t exist, telling us he hasn’t come across discrimination against women in his own experience, and pointing out several examples of women in high-profile positions, as if a smattering of individuals can somehow magically refute extensive evidence of gender inequality in the theatre. (If this argument sounds familiar it is probably because you’ve heard that there’s no inequality in British politics either, because of Margaret Thatcher).

Of course, these attempts to shoot the messenger instead of examining the problem are not new, nor are they restricted to the realm of “women’s issues”. The same sticking of heads in the sand has frequently seen Obama’s presidency hailed as “proof” that racial prejudice no longer exists in the US. It’s the same kind of desperate attempt to shift the blame that saw Nigel Farage recently claim he needed “bodyguards to protect him against anti-racism campaigners”. Or right-wing American radio host Bryan Fischer blaming high suicide rates among the LGBT community on gay rights campaigners in 2010.

It’s a natural knee-jerk reaction to lash out at those pointing out a problem, especially for those in a position of privilege who have been (unconsciously or otherwise) benefiting from the status quo.

But learning to combat that instinct is something we should all work on, including within the feminist movement itself, where proponents of intersectionality are sometimes dismissed for making a fuss about nothing or accused of “reading too much into” non-diverse panel lineups or events, though such criticisms would not be levelled at similar complaints about gender inequality.

It might feel like a depressing week for women, but I feel as if these recent reactions against feminism are testament to its increasing momentum – male dominance lashing out because it feels threatened. Just look at Pat Robertson’s famous claim, as Iowa was poised to vote on a constitutional measure to bar sex discrimination in 1992, that feminism is “a socialist, anti-family political movement that encourages women to leave their husbands, kill their children, practice witchcraft, destroy capitalism and become lesbians”.

The similarly hyperbolic backlash of recent times makes this witch feel as if we’re winning.