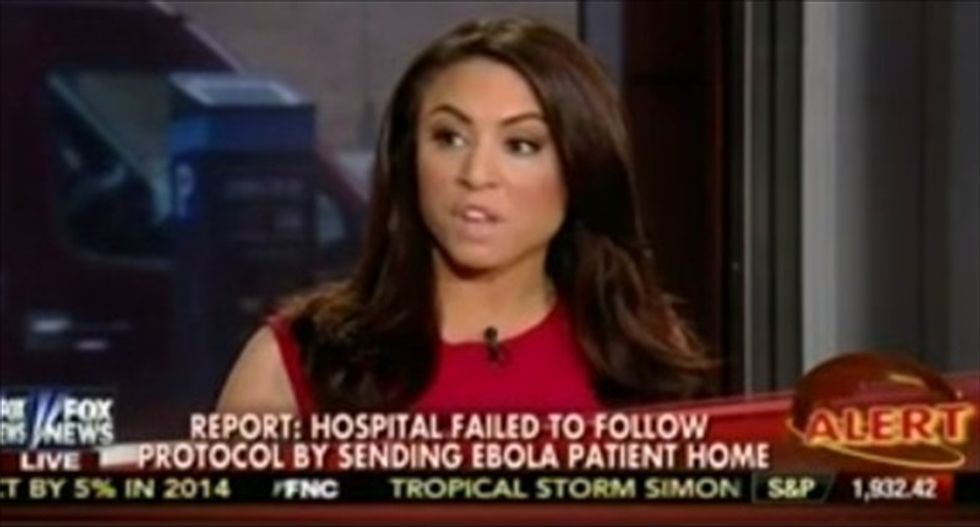 Fox News host Andrea Tantaros invoked stereotypes about Africa while discussing the man diagnosed with Ebola after being sent away from a Texas hospital, Media Matters reported.

"In these countries, they do not believe in traditional medical care," Tantaros said. "So someone could get off a flight and seek treatment from a witch doctor that practices santería. This is a bigger fear. We're hoping they would come to the hospitals in the U.S. They might not."

Tantaros did not mention that, as Centers for Disease Control Director Dr. Tim Frieden said on Fox & Friends on Wednesday, the disease can only be caught by coming into contact with a victim's bodily fluids.

Tantaros also argued that other people carrying the virus might knowingly board flights to the U.S. from Africa denying their condition. But officials in Liberia indicated on Thursday that they would file charges against the patient, identified as Thomas Eric Duncan, for saying in travel documents that he had not been exposed to the virus.

Duncan allegedly did not inform authorities that he tried to help a neighbor find medical help before she died from the virus last month. CDC officials said he was not showing symptoms during his flight to the U.S., meaning none of his fellow passengers were at risk. But Duncan was subsequently sent home from Texas Health Presbyterian Hospital while seeking treatment there last week, despite telling a nurse he had recently been to West Africa.

"I think we know that we can't rely on people for human intelligence," Tantaros said. "We can't, and there's gonna be breakdowns, because humans are gonna have failures. We saw, because they let him out of this hospital, and he exposed himself to children."

Reuters reported on Thursday that, according to the CDC, only "a handful" of people may have been exposed to the virus after coming in contact with the patient.

Watch Tantaros' commentary, as posted online on Thursday, below.