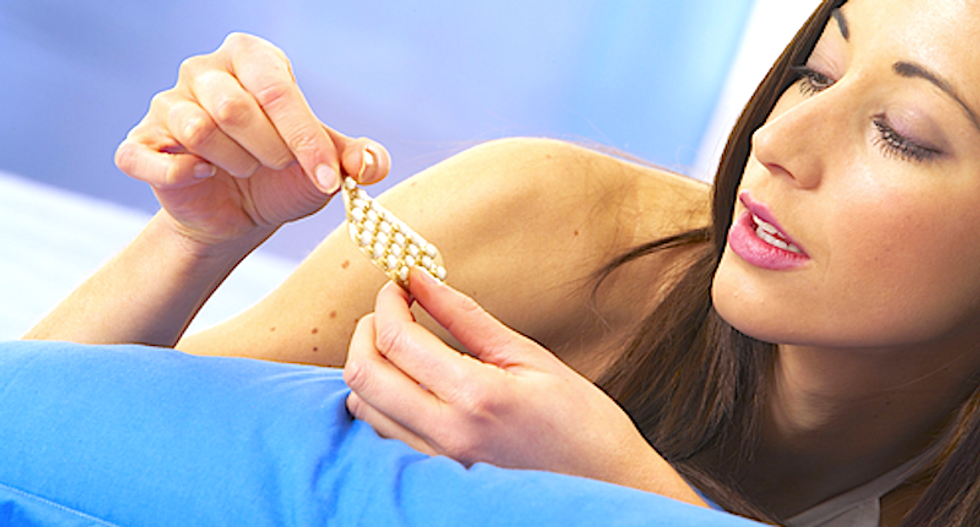 A new study found teens who were given access to free birth control were significantly less likely to become pregnant or have an abortion.

Slightly more than 1,400 teens took part in the Contraceptive CHOICE Project, which offered no-cost contraception to about 9,000 at-risk women and girls in the St. Louis area who were open to trying a new form of birth control.

Nearly all -- 97 percent -- had been sexually active before enrolling in the program, and 99 percent of them were by the end of their first year in the program.

“The CHOICE Project removed three important barriers for teens … education, access, and cost,” said Gina Secura, a researcher at the Washington University School of Medicine and director of the CHOICE Project. “The simultaneous removal of these common barriers ... resulted in much lower pregnancy rates. By simply removing one barrier, we probably would not have seen the same results.”

About three-quarters of the teens chose intrauterine devices, or IUDs, which are placed in the uterus to block insemination, or contraceptive implants that release a synthetic hormone to prevent pregnancy.

Those devices offer contraceptive protection for up to 10 years.

Of the 506 high-risk teens from the study who chose one of those methods of birth control, not a single one became pregnant.

Only 5 percent of U.S. teens choose those forms of birth control, opting instead for short-acting methods such as birth control pills, condoms – or nothing at all.

The study, which was published in the New England Journal of Medicine, found teens who chose IUDs or implants continued using those contraceptives for much longer than girls who chose short-acting methods.

About 250 of the teens reported a previous unplanned pregnancy before enrolling in the study, and about 90 of them reported at least one abortion.

The annual pregnancy rate for study participants between 15 and 19 years old was 3.4 percent, researchers said, compared to a 15.9 percent rate for sexually active U.S. teens.

The birth rate for sexually active American teens is 9.4 percent, but just 1.9 percent for girls involved in the study.

They were also one-fourth as likely to have an abortion, compared to other sexually active U.S. teens.

“The study suggests that we can successfully reduce [teen pregnancies, births, and abortion rates] if we make changes in how we provide contraceptive care to teens in the U.S.,” Secura said.