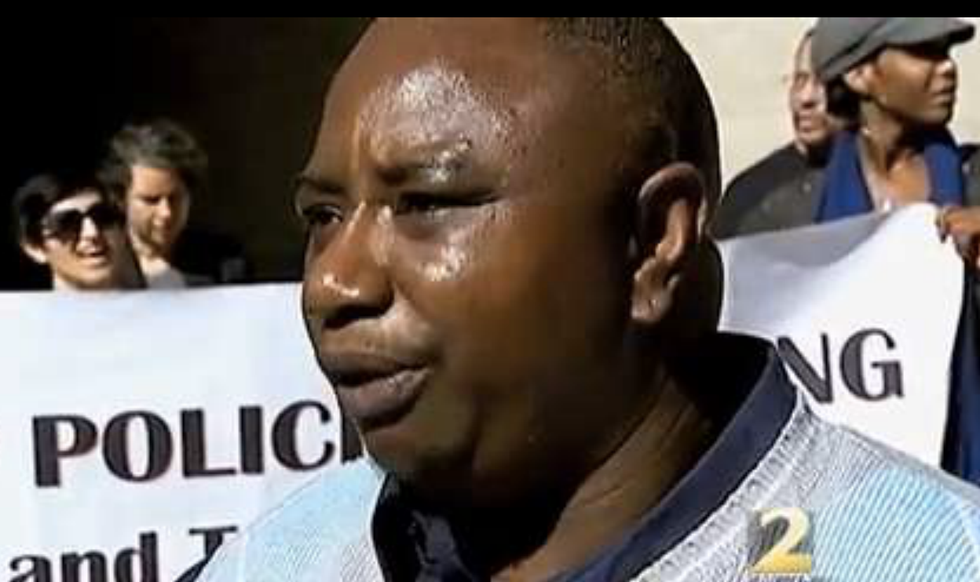 An East Point, Georgia trans man alleges that police pulled him over on a traffic stop, then arrested him and subjected him to harassment, threatening him with a humiliating body search over his gender identity.

On Thursday, Evans and a group of supporters marched in East Point protesting a police culture that they believe is intolerant of LGBT identities, particularly transgender people.

"I was pulled over because I am trans. I was humiliated, I was ridiculed and I was repeatedly threatened with them doing a genital search on me,” Evans said.

Police pulled Evans over for speeding on Oct. 23. Evans was unable to produce a license. It is extremely difficult for a trans person to obtain a legal drivers license in the state of Georgia. A court order is required and state judges will generally only grant the order once trans people have completed sex reassignment surgery (SRS), a highly expensive and exhaustive series of surgeries and procedures that not all trans people need or want.

When Evans was unable to produce ID that corresponded to his gender, he was taken into custody and subjected to intense harassment by police personnel.

Evans supporter Everett Thompson of the Racial Justice Action Center told Channel 2, "We want dignity. We want to be respected. We're asking for an apology for Juan."

According to the Georgia Voice, the group tried to get a meeting with East Point's police chief, but were denied. A small delegation met with Mayor Jannquell Peters, who offered Evans a sincere apology on behalf of the city government.

Peters has reportedly set up a meeting with the police chief for Friday.

Evans said he is grateful for the mayor's apology.

“The mayor gave me a sincere apology,” he told the Georgia Voice. “As I told her, that [apology from her] touched my heart. But to hear it from the officers would heal my soul.”