GOP congressman: 'I'm not talking about guns necessarily' to fight a Bible-based revolution 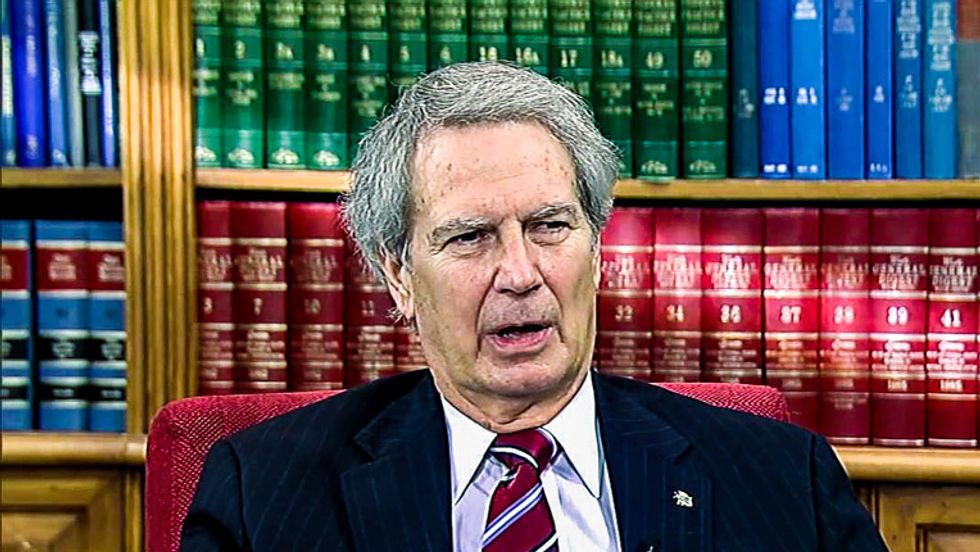 North Carolina Rep. Walter Jones (R) said recently that it was going to take a "revolution" that did not "necessarily" need to involve guns so that the United States would be in line with the values of the Constitution and the Bible.

In an appearance on Laura Ingraham's radio show late last week, Jones said that he was upset with the Republican Party for allowing President Barack Obama to spend money on sending troops to help with the Ebola crisis in Africa.

"I want people to understand that the people must take back the government because this is a prime example of the continued spending, and my party, the Republican Party, is doing absolutely nothing about it," he explained. "I am just sick and tired of seeing what is happening to this country, and it's not acceptable."

Ingraham pointed out that Democrats and Republicans agreed on many things, including that Congress did not need to authorize military actions in Iraq.

Jones said that as a "Ron Paul-type Republican" he believed that saving the country was going to take leaders who "understand that we have a bible and we have a constitution. And if we do not follow the Constitution then we will continue to go down this road of collapsing."

"That's what we need to do is to have a revolution in this country, and not talking about gun necessarily," he added. "I'm talking about a revolution of people getting out of their offices and getting into the streets letting their voices be heard."

"Greed has destroyed America," Jones opined. "The Bible talks about greed, and when this country started moving jobs out of the manufacturing industry of America to other countries so they could pay people 70 cents an hour instead of $18 an hour, this was the beginning of exactly what you just said. And if we don't take back this country then I don't know what our grandchildren are going to have to look forward to."

Listen to the audio below from The Laura Ingraham Show, broadcast Oct. 10, 2014.