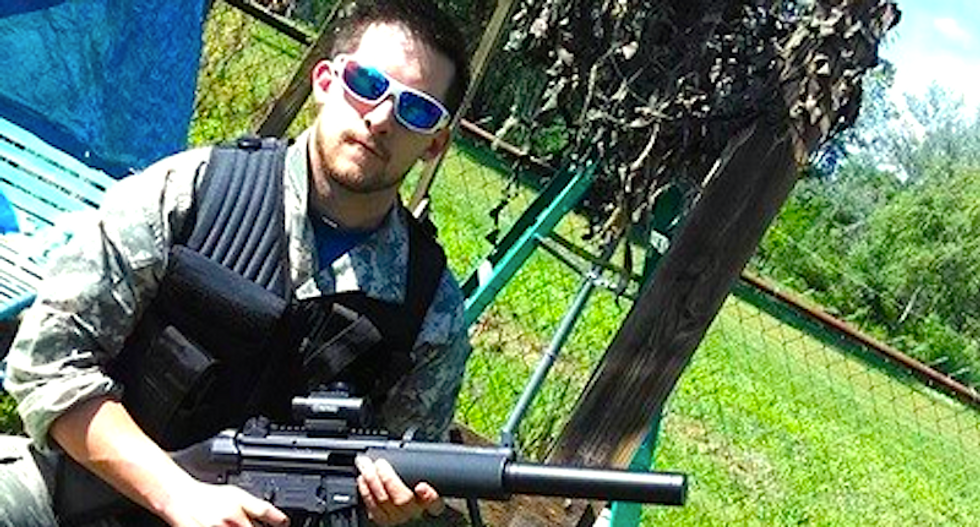 A Michigan open-carry activist must decide whether he wants to give up a wrongful arrest lawsuit or risk a felony conviction in the case.

John David McMorris was arrested Christmas Eve while openly carrying a handgun in a holster as he walked about 11:30 p.m. in Flint, reported M Live.com.

The 22-year-old McMorris argues he was legally carrying his .40-caliber Smith & Wesson pistol outside his clothing, but police claim the gun was concealed under his coat and couldn’t be seen until he raised his arms during the stop.

“I didn’t know the front of my coat was covering it, sir," McMorris said to the officer. "I’m very sorry."

McMorris was given a Breathalyzer test because they smelled alcohol on his breath during the stop, which was recorded on cruiser camera video, and he was then arrested and jailed for two days through the Christmas holiday – although he was not charged until seven months later.

Prosecutors said Flint Township police contacted them after the arrest about possible charges, but they told officers they needed more information – including written reports and video.

Police turned over that evidence in early July, and prosecutors said they authorized a felony charge July 28.

McMorris had filed a lawsuit in March, and his case drew media attention from Glenn Beck's The Blaze website and others.

An attorney for the police department said the charges were not filed in retaliation for the suit, but he did not explain the delay in getting evidence to prosecutors.

Lawsuits are typically placed on hold if criminal charges are filed in relation to the same case, the man’s attorney said.

The wrongful arrest suit would be automatically dismissed if McMorris is convicted in the case, even if he agrees to a plea deal with prosecutors.

A warrant for McMorris was issued in July after prosecutors filed charges, and he was taken into custody last month after he was stopped for a defective taillight.