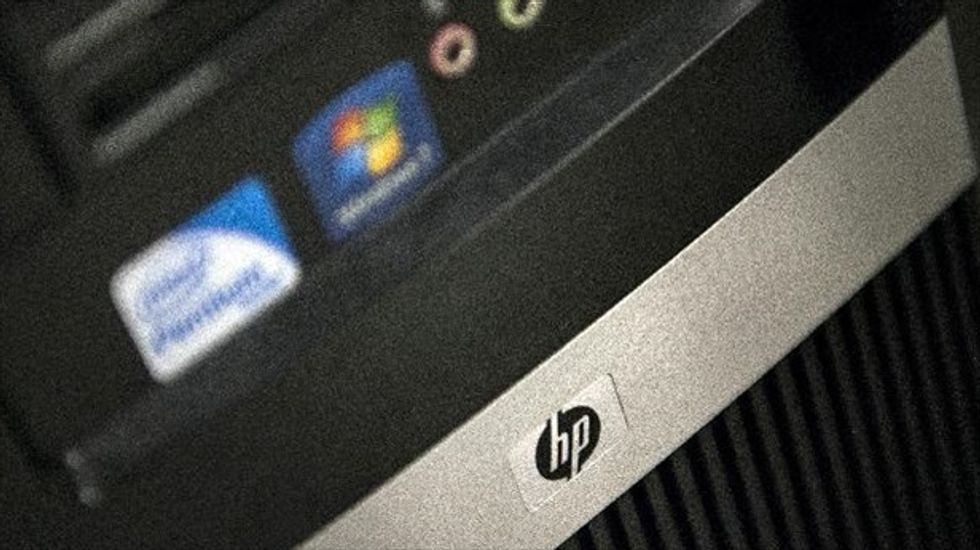 Hewlett-Packard Co said it would split into two listed companies, separating its computer and printer businesses from its faster-growing corporate hardware and services operations, and eliminate another 5,000 jobs as part of its turnaround plan.

HP said its shareholders would own a stake in both businesses through a tax-free transaction next year. Each business contributes about half of HP's revenue and profit.

Shares of the 75-year-old company, which has struggled to adapt to the new era of mobile and online computing, were up 4.4 percent at $36.78 in late morning trading on Monday.

Chief Executive Meg Whitman told Reuters the newly created HP Inc would mostly stick to its knitting -- PCs and printers -- for now, while exploring related markets such as 3D printing.

The company has no plans to venture into the hotly contested consumer mobile devices market, where it stumbled years ago.

"There’s still lots of opportunities in other adjacencies, where we don’t chase the market leaders," said Whitman, who will be CEO of HP Enterprise, the business that will sell computer servers and networking gear and data storage to businesses.

Whitman said HP’s balance sheet had improved markedly over the past few years, allowing the company to come to the decision to split up from a position of strength.

"This would not have been possible three years ago," she said, referring to a proposal to spin off PCs in 2011.

Some analysts expressed skepticism about the latest move.

Barclays analysts noted that the sudden announcement in 2011 was disruptive to HP's sales, its sales force and demand.

"If the (latest) decision by HP isn't well communicated or is not well executed, the negative share shifts could be material," they said in a note.

Analysts at Bernstein Research also warned of "material negative synergies" and one-time costs associated with the spinoff, largely in purchasing but also in distribution. The separation, they said, was fueled by weakness, not strength.

A spinoff of the PC business was last proposed in 2011 by then-Chief Executive Leo Apotheker. HP later ditched the plan - and Apotheker, replacing him with Whitman.

HP said it planned to cut 5,000 more jobs as part of its multi-year restructuring, raising the total under Whitman to 55,000. The company currently has more than 300,000 employees.

The separation will result in a fundamental reshaping of one of technology's most important pioneers, which is on track to generate $112 billion in revenue in the fiscal year this month.

While there were skeptics, many investors and analysts had called for a break-up of HP or a sale of the PC business so that HP could focus on the more profitable side of its operations.

"Shareholders will now be able to invest in the respective asset groups without the fear of cross-subsidies and inefficiencies that invariably plague large business conglomerates," Ralph Whitworth, former HP chairman and founder of Relational Investors LLC, said in a statement.

HP is the latest in a line of companies to spin off operations in an attempt to become more agile and capitalize on faster-growing businesses.

"We like the spin and believe it could create additional value over time," UBS analyst Steven Milunovich, wrote. "In our view, focus is more important than synergies, and it is hard to be good at both consumer and enterprise computing."

HP's printing and PC business will be led by Dion Weisler, currently an executive in that division. Whitman will be chairman of HP Inc.