How Florida works: Kill a man, go free. Fire a warning shot and injure no one: 20 years 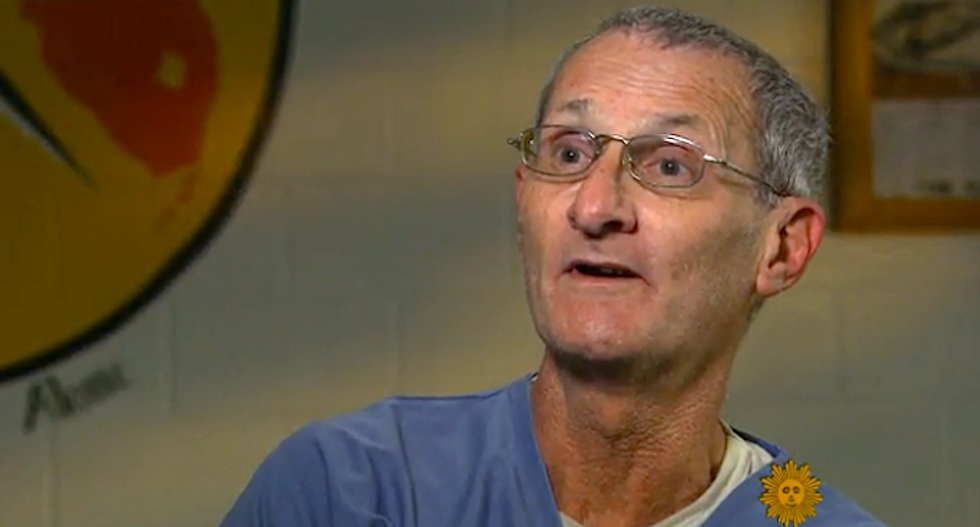 A Florida man is serving a maximum 20-year prison term for firing a warning shot at a teenager threatening his family.

No one was injured in the shooting, but 59-year-old Lee Wollard was convicted in 2009 of shooting into a building with a firearm, aggravated assault, and child endangerment.

Under Florida law, the judge was required to impose a mandatory minimum sentence on the conviction for aggravated assault involving a firearm.

A retrial has been postponed in a similar case involving Marissa Alexander, who was convicted in 2012 of aggravated assault with a deadly weapon and sentence to 20 years, after Gov. Rick Scott signed a new law to allow the firing of warning shots.

Alexander had claimed under Florida’s “stand your ground” law that she fired a warning shot at her abusive husband in self-defense.

An appeals court overturned her conviction earlier this year because the trial judge had instructed jurors that she must prove she was a battered woman.

Wollard’s family has set up an online petition begging Scott to grant clemency and cut short the mandatory sentence he must serve to completion.

The law enforcement officer who prepared the sentencing report asked the government to consider the circumstances in the case and impose a more lenient sentence.

The sentencing judge, Donald Jacobsen, said in court that he would not have imposed that term if given another option under the law.

Wollard spoke to CBS News in an interview over the weekend, saying he had taken in a troubled 17-year-old who was dating his daughter six years ago.

He said the family’s relationship with the boy quickly soured after he began sneaking their 16-year-old daughter out of the house for days at a time.

The teenage couple began fighting loudly May 14, 2008, as Wollard took a nap, and he said his daughter cried for help.

Wollard said he grabbed his .357 and loaded it with shells.

Wollard said the teen lunged at him and punched a hole in the wall, although the boy later denied it.

"So I fire a warning shot into the wall,” Wollard told the network. “I said, 'The next one's between your eyes.’”

Wollard turned down a plea deal from prosecutors that would have allowed him to avoid jail and serve probation, but he didn’t want to plead guilty to any wrongdoing.

"It never dawned on me that I would lose, because I hadn't done anything wrong,” Wollard said. “I'd protected my family, and I didn't even hurt anybody."

His wife noted that, under Florida’s “stand your ground” law, Wollard might not even have been charged if he had killed the boy instead.

"But if you shoot a warning shot just to scare them away, you'll get 20 years in prison," Sandy Wollard said.

Even the young man he scared off with the gun supports clemency for Wollard, the network reported, but the Polk County State's Attorney – whose office prosecuted him – refuses to discuss the case.

Wollard, who is due to be released from prison in July 2028, when he is 73 years old, said he does not regret using the gun to protect his family.

"As bizarre as it sounds, if this is what the State of Florida requires of you to make sure your family is safe, I'm willing to do it," he said. "It's a bargain. I've got three family members, my two daughters and my wife, and they're alive. They're alive because of this. It's a bargain. Twenty years is a bargain."