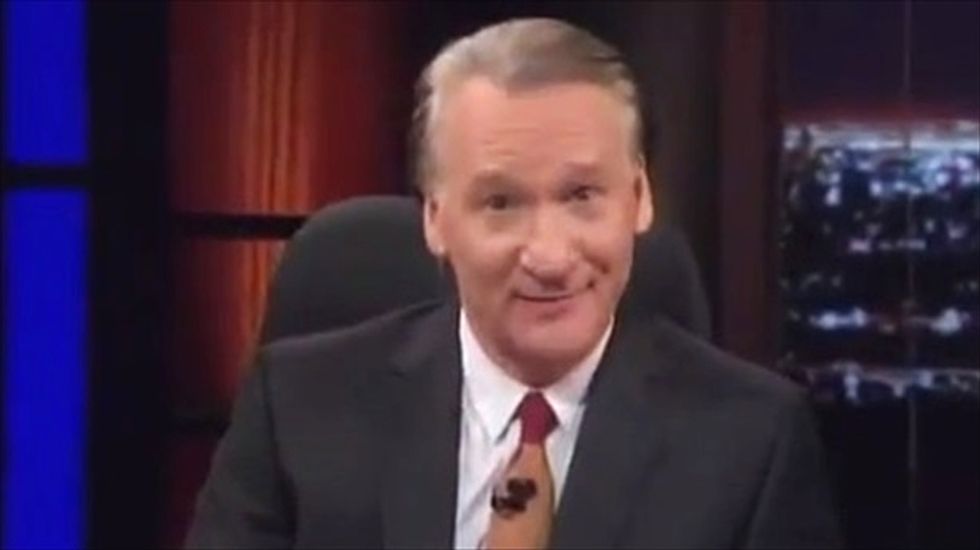 Real Time host Bill Maher angrily criticized the response to concerns over Ebola in the U.S. on Friday.

"One guy comes here from Liberia -- one guy," Maher told his panel. "And we couldn't keep that contained, because those morons in that f*cking hospital in Dallas --"

Maher then paused to compose himself, before renewing his argument.

"They love their freedom down in Texas," he said. "They don't like rules and regulations and 'tellin' us what to do' and revenuers and the federal government. What could go wrong? This."

International Rescue Committee president David Miliband pushed back, however, expressing surprise that a "bastion of liberal rationalism" like Maher was behaving this way.

"Germs for Ebola are not going to be transmitted unless you are dealing with the vomit and the blood of those who've got Ebola," Miliband said. "Frankly, that's why it's all about the health workers at the moment. The truth is, in our societies -- where you've got light, running water, it is possible to prevent the transmission of Ebola."

Rep. Barbara Lee (D-CA) argued that the Centers for Disease Control (CDC) were addressing the issue, while the White House had appointed an Ebola "czar" to coordinate the response to the issue.

"The nurses should get a medal," Maher responded. "My mother was a nurse. This is a little personal to me. This idea that they send them into that room without the proper gear on with their necks exposed? Criminal."

"It's outrageous," Lee said in agreement.

Meanwhile, Miliband rebuked the idea -- championed by many social conservatives -- that the U.S. should institute a travel ban against West African nations.

"If you want to guarantee that there's an epidemic that kills a million people in West Africa, have a travel ban," Miliband told Maher. "The truth is, we need more flights of aid workers, health workers, into West Africa to help remedy the situation."

"I think they're talking about [flights] coming out," Maher responded. "We're okay with them going in. The travel ban would be coming here."

Miliband argued that West African nations needed the support of the international community, pointing out that workers from his organization had deployed to Liberia and Sierra Leone.

Watch the discussion, as posted on YouTube on Friday, below.