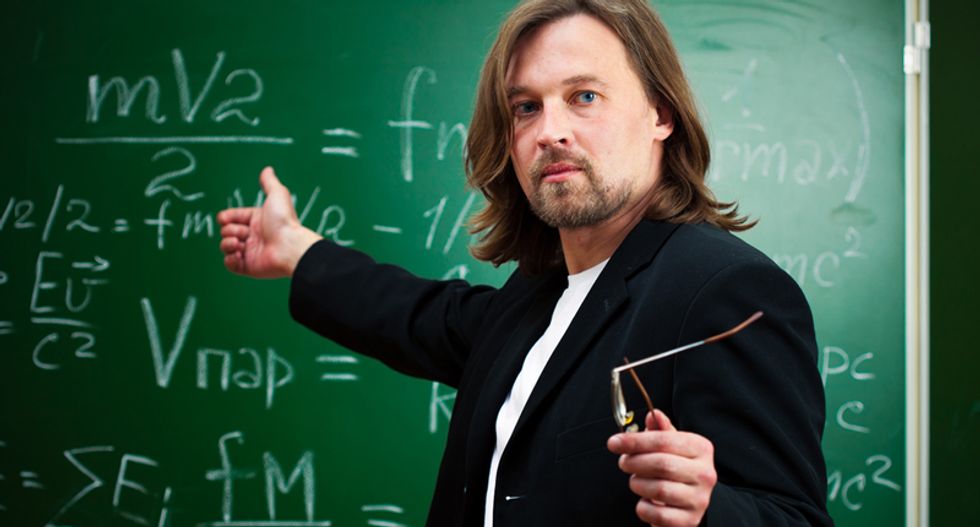 An Italian science writer reviewing a paper written in 1987 by two well-known physicists from Lawrence Livermore National Laboratory, noted a third author with an intriguing and profane Italian name which translates to “total *sshole.”

Vito Tartamella discovered what turned out to be a private joke, when reading "Diffusion in a Periodic Lorentz Gas," published in 1987 in the Journal of Statistical Physics,  and credited to physicists Bill Moran, William G. Hoover, and 'Stronzo Bestiale.' Recognizing the Italian name as slang meaning 'total *sshole,' Tartamella contacted the now-retired Hoover for an explanation.

According to Hoover he had submitted a paper on "connecting fractal geometry, irreversibility and the second law of thermodynamics,' only to have it rejected by the Physical Review Letters and the Journal of Statistical Physics refused to publish it because, according to him it "contained too innovative ideas."

Hoover explained that, while flying to Paris, he sat next to two Italian women, whom he overheard using the expressions "Che stronzo (what an *sshole)!", "Stronzo bestiale (total *sshole)"

"Those phrases had stuck in my mind. So, during a CECAM meeting, I asked [Giovanni Ciccotti, professor of condensed matter physics at the University La Sapienza University in Rome] what they meant. When he explained it to me, I thought that Stronzo Bestiale would have been the perfect co-author for a refused publication. So I decided to submit my papers again, simply by changing the title and adding the name of that author. And the research was published."

Since that time, the papers listing Stronzo Bestial have been cited in research published in some of the world's most well-regarded physics journals despite the fact that one of the authors doesn't exist.

As Tartamella notes, the continuing citing of Bestiale as a real person lays "bare how vulnerable control systems in the review of scientific research were (and still are!) . If you are able to insert in a publication the name of a nonexistent author in a publication, who will guarantee that even the scientific contents have been examined with care? Incredibly, even today, 27 years later."