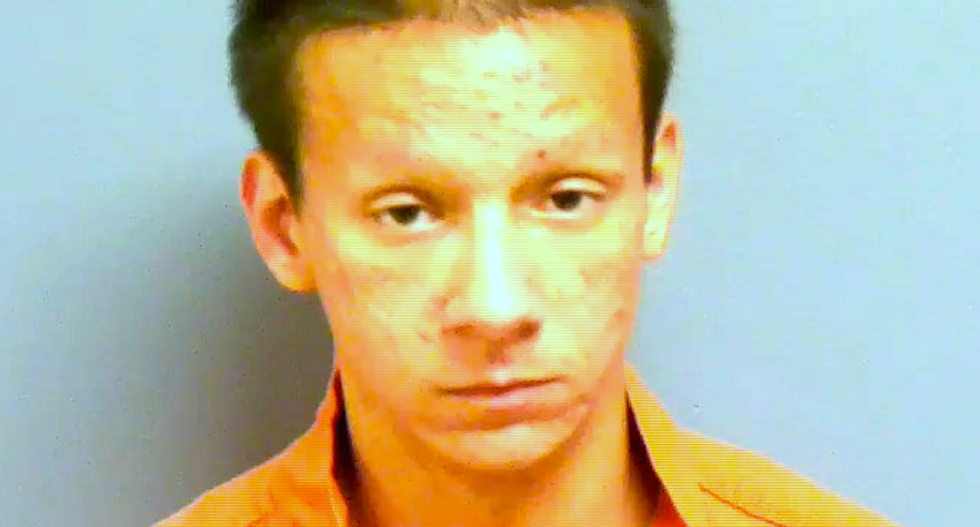 A “religious zealot” in Oklahoma nearly beheaded an acquaintance in a brutal slaying after watching Christian videos, police said.

Isaiah Marin was playing cards Wednesday afternoon with his brother and the victim, 19-year-old Jacob Crockett, at an apartment in Stillwater.

Police said the 21-year-old Marin was watching online videos “related to his Christian beliefs and the Book of Matthew” before he picked up a sword and began swinging it around.

His brother told him to be careful, and then he told police that Marin stabbed Crockett in the chest.

Marin’s brother said the suspect had argued with Crockett in the past because the victim and his brother, Jesse, “were practicing witchcraft and Isaiah had strong Christian beliefs.”

Samuel Marin fled from the apartment, police said, and his brother ran after him and promised to explain why he had killed the teen in letters from jail.

Police said Isaiah Marin called 911 and confessed that he had “murdered someone,” before rambling about magic and sacrifices.

“I hacked them to death with a machete,” Marin told dispatchers.

Police found Marin walking along a state highway, covered in blood and carrying a long knife.

Marin said he had fantasized about killing four or five people, including Crockett, police said.

Investigators said Crockett, who was the son of an Oklahoma Highway Patrol officer, had been nearly decapitated in the attack.

Police said the case had no religious implications and was not related to recent beheadings by Islamic extremists -- including an attack by a Muslim convert at an Oklahoma food plant.

Marin, a student at Northern Oklahoma College who intended to transfer to Oklahoma State University, was charged with first-degree murder and remains held without bail.