Researchers develop tiny tractor beam, and they're sure they could make a larger one 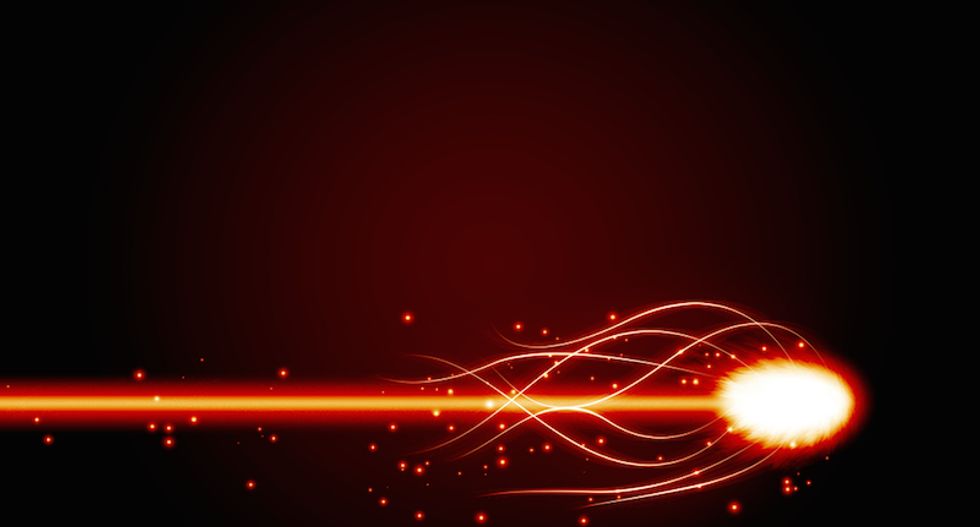 Previous attempts have used the motion of protons to transfer tiny particles, but a team at The Australian National University used heat to move 0.2-mm particles up to 7.87 inches – which is about 100 times farther than had been done previously, reported CNET.

"Demonstration of a large scale laser beam like this is a kind of holy grail for laser physicists," said Wieslaw Krolikowski, a professor at ANU’s Research School of Physics and Engineering

The researchers trapped gold-coated hollow glass particles inside the dark center of the laser beam, according to a study published by Nature Photonics, and the particles absorbed energy from the laser.

That created hot spots, and air particles colliding with those hot spots heated up and bounced away from the glass particles – which then recoiled in the opposite direction.

Researchers controlled the polarization of the laser beam to heat up the desired portion of the particle’s surface, which allowed them to “steer” the object.

"We can move smoothly from one polarization to another and thereby stop the particle or reverse its direction at will," said Cyril Hnatovsky, of ANU.

The researchers say the technique could be used to control atmospheric pollution or grab dangerous particles for testing.

They believe it can be applied to large-scale use, as well.

"Because lasers retain their beam quality for such long distances, this could work over meters,” said ANU researcher Vladlen Shvedov. “Our lab just was not big enough to show it.”