Slain hostage's family asks: Did 33 cops really have to fire 600 bullets during shootout? 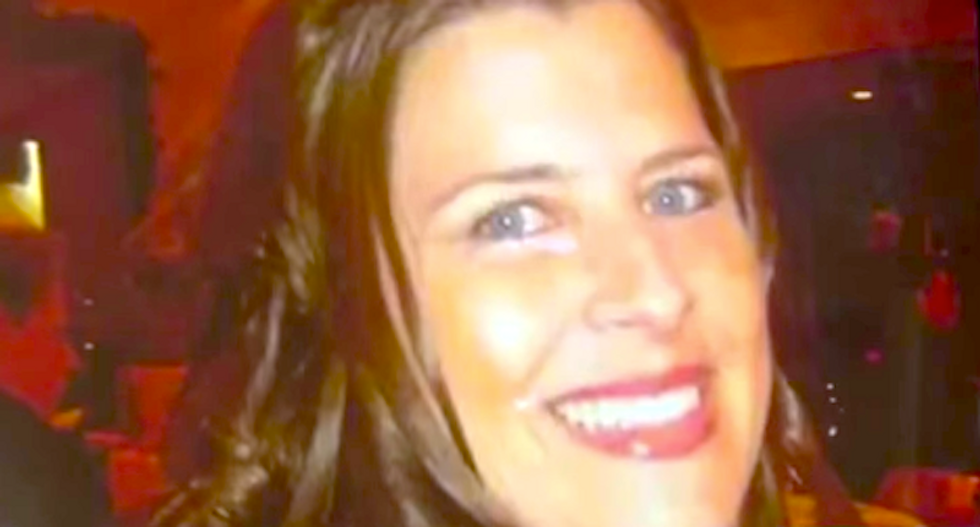 The family of a California bank teller who was killed after three robbers took her hostage has questioned whether police used unreasonable force during a pursuit through city streets.

Misty Holt-Singh, a 41-year-old mother of two, was kidnapped with two other people during the July 16 robbery of a Bank of the West branch in Stockton.

The robbery suspects led police on a high-speed chase for 55 miles around the city, which was hit hard by the financial crisis, and exchanged gunfire with officers.

Radio traffic examined by KTVU-TV indicated police were unsure how many of the three hostages taken by the suspects remained held – although at least some of the officers saw the robbers lead them out of the bank.

“They did,” agreed Chief Eric Jones, of Stockton police. “But the amount, they didn't know if anyone was already in the car. They just showed up and saw what they saw.”

An attorney for Holt-Singh’s family said police protocols call for discriminate gunfire during hostage situations – but he said that’s not how police responded, reported KCRA-TV.

"Chief Jones confirmed 33 officers fired 600 bullets with full knowledge of a hostage inside the vehicle," said attorney Greg Bentley. "That is excessive and unreasonable force."

Two suspects were killed during the furious gun battle, but a third suspect, 19-year-old Jaime Ramos, was not wounded and has been charged with murder and kidnapping.

Investigators said Ramos apparently used Holt-Singh as a human shield, and ballistics tests later found she had been shot 10 times by police bullets.

The suspects threw one hostage out of the vehicle prior to the gun battle, and a third hostage was wounded in the fusillade.

Police have defended the nearly three dozen officers involved in the gun battle, saying they were under heavy gunfire and feared the violence would escalate or the suspects would kidnap additional hostages.

“In law enforcement, officers don't wait for commands to fire,” Jones said. “The training is, if there's a threat, they're prepared to stop the threat. There were not specific commands to begin fire.”

But Bentley said police actions escalated an already dangerous situation for the hostages.

"You don't shoot unless he or she has a clear shot of the bad guy, (and) not when a hostage inside," the attorney said.

Holt-Singh’s husband complained the investigation, which has been turned over to the Washington, D.C.-based Police Foundation, has not been transparent.

Her family has not filed a lawsuit or announced plans to do so.