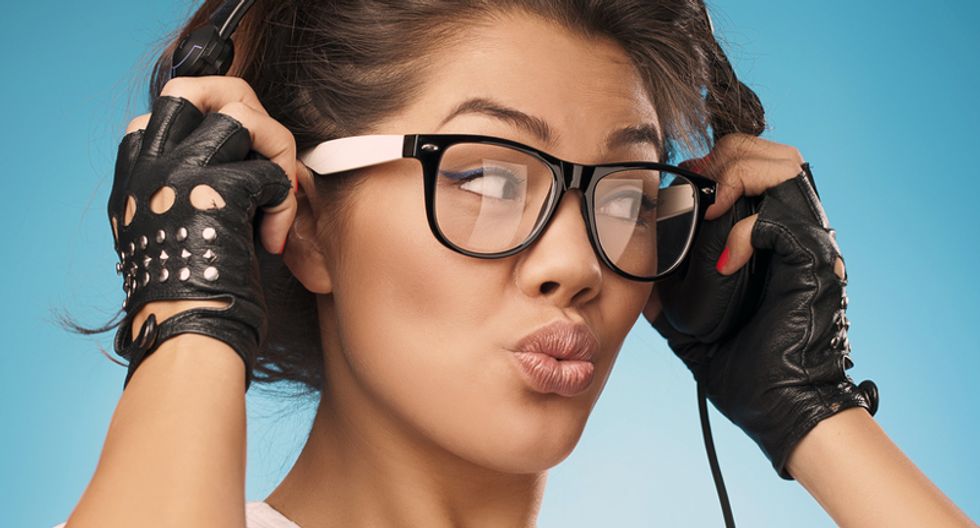 A quarter of a century after the Walkman made music portable and turned Sony into a household name around the world, the company is hoping to set the agenda again with "high-res" audio.

The Japanese tech giant, which recently warned it was expecting a $2.14 billion annual loss this year, is betting that music of superior quality to compact discs is about to leave the niche world of audiophiles and go mainstream.

"It's exactly one year since we put the first high-resolution audio players on the market and they have been very popular," Sony's head of audio Ichiro Takagi told journalists last week.

Now (NYSE: DNOW - news) the firm wants to "push the accelerator on the high-res product line", he said.

Audio purists have long complained that digitised music has to be compressed so much to fit into the standard mp3 file format that it sounds far removed from how the musician or studio engineer intended.

A lot of data is lost in the compression, especially when compared with analogue formats like the vinyl record -- which is enjoying a revival despite the ubiquity of music on smartphones.

In contrast, high-res digital music has a sampling frequency -- the amount of times every second that the data is encoded -- around four times that of a CD.

This means that more musical detail is captured, resulting in a far richer sound -- provided the player is able to handle the higher quality, which most smartphones today cannot.

"It's closer to the original recording and technically superior to a CD," said Masanori Sugiyama, a Sony audio developer.

High-res audio products may have only been available in Japan for one year, but they already account for over a fifth of Sony's audio sales in Japan, the company says.

Now it is aiming to increase this figure to 30 percent by next spring.

Sony's worldwide audio and video sales totalled around 400 billion yen ($3.9 billion dollars) last year. It is aiming for 20 percent of global audio sales to come from high-res products "in a few years", it said.

And the company believes there is no shortage in Japan of customers prepared to shell out 75,000 yen ($700) for a top-of-the-range NW-ZX1 Walkman.

Sceptics say that the future success of high-res audio faces a number of problems, from the huge size of the files -- typically 10 or 15 times bigger than mp3s -- to the lack of an industry-standard format.

Some argue that for most listeners, the mp3 provides more than enough quality, without gobbling up hard-disk space or bandwidth.

Colby Leider, director of music engineering at the University of Miami's Frost School of Music, dismissed the hype about high-resolution sounds as "snob appeal".

"Some people can tell the difference... But if it's a great song, you are still going to love it even if it's not HD, and if it's a bad song, it doesn't matter," he said.

Sony might be the biggest company to take the high-res plunge, but they're not the first, with websites such as HDtracks.com and smaller, specialist high-res audio makers like Astell and Kern already catering to discerning music fans.

Some buyers are waiting for a device being developed by musician Neil Young, who is expected to release his own high-res portable player called Pono later this year.

Sony's Sugiyama insisted that high-resolution technology is ready to break through the niche barrier, due to the widespread availability of faster Internet connections and affordable hard drives and memory cards.

Indeed, the growing mainstream popularity of higher quality headphones points to a potential market -- a third of headphones sold by Sony in Japan now cost more than 10,000 yen (91 dollars).

Taku Kurosawa, who works for Japanese high-res audio download site e-Onkyo, said that when the service was launched nearly 10 years ago there was only a small market for top-quality audio.

Yet in the past two years, as Sony and other companies have started preaching the superiority of high-res audio, business has picked up.

"I think (order numbers) will continue to rise. In the future high-res audio will become standard," he said.

For now e-Onkyo only operates in Japan, but it plans to go global by the end of the year.

Kurosawa said: "Once you listen to high-res audio, you won't go back to CDs."