Tavis Smiley rips Bill Kristol: You are 'the worst of America' for using Ebola in politics 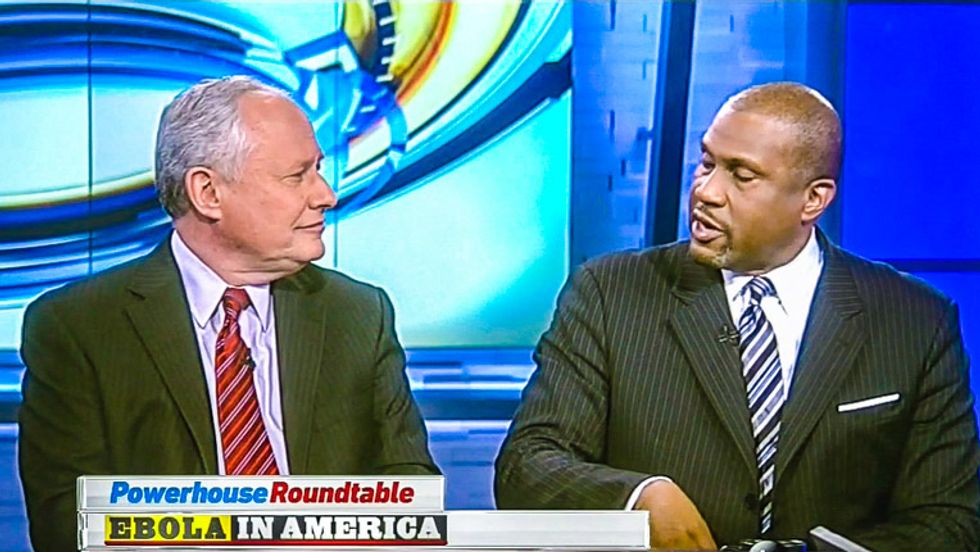 During a panel discussion on ABC News, Kristol argued that Republican candidates could win by mentioning that President Barack Obama had not banned travel from African countries because "it's a pretty easy criticism to make."

"The president has been blamed for everything else, Bill. Why should he not be blamed for the spread of the Ebola virus?" Smiley snarked in response. "This is the worst of America when we politicize issues like this. These are life and death issues... It underscores the worst and the darkest side of our media culture and our body politic."

"But I've kind of had it, respectfully, Bill, with these arguments that we ought to quarantine certain countries in Africa," he continued. "You can quarantine individuals, you can't quarantine countries."

Smiley encouraged Kristol to look beyond the immediate best interests of the United States.

"When you quarantine a country in Africa, you shut down that county's economy," he explained. "It's all about our own parochial interests. It has no concern about the economies of these other countries."

Republican strategist Mary Matalin argued that "containment" was the only solution for stopping Ebola.

"CDC now stands for 'Cannot Do Containment'," she quipped. "The reason the president gets blamed for everything, Tavis, is because he's responsible for it."

"For his response to it!" Matalin replied. "He didn't see -- ISIS wasn't coming, the VA hospital, the NSA, the IRS. So this is just cumulative."