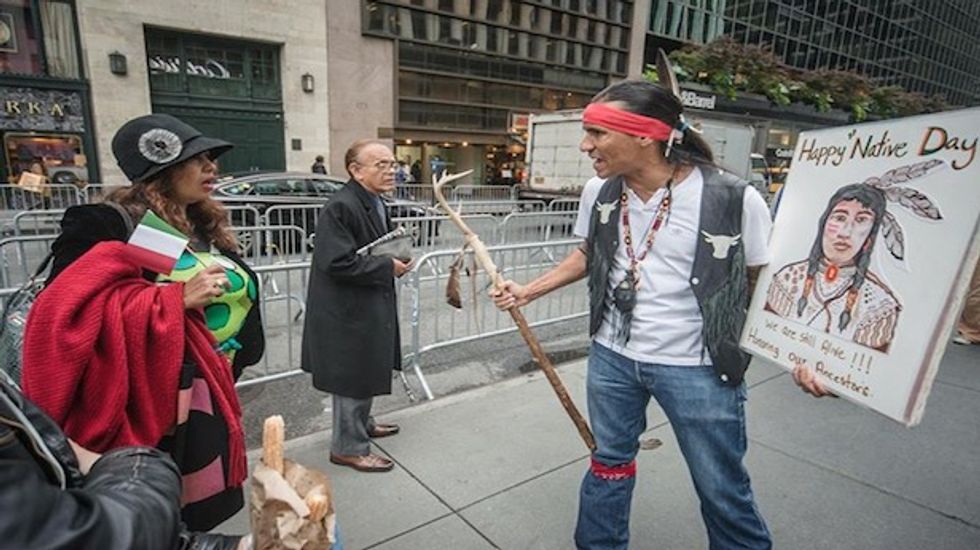 I went to New York City's Columbus Day Parade on Monday to see how people were celebrating the man who is credited more with  "discovering America" than he is not knowing where he was, spreading disease, advocating slavery, spreading the inquisition, and coordinating rape.

What was fascinating was seeing not just Italians and Italian-Americans marching and but people who were the descendants of people who had been colonized.

But not everyone was OK with the sanitization of Christopher Columbus. As I was leaving I ran into Eagle Sun, who was arguing with an Italian-American over the virtues of Columbus.

This should explain why some cities and states are refusing to observe Columbus Day and observing Indigenous People's Day instead.