Unhappy with Congress? That's because there aren't enough representatives 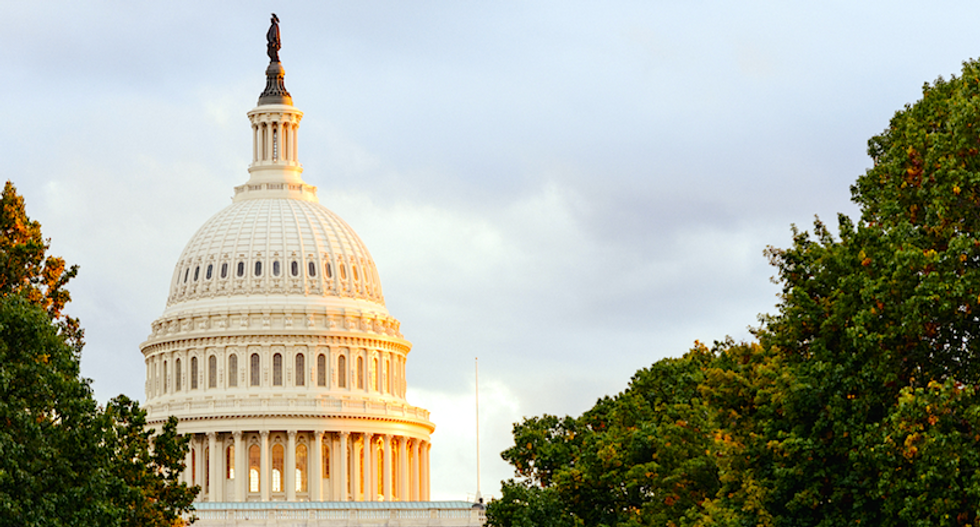 The American public’s dislike of Congress is far from a new development in US politics. However, over the past few years the situation has gotten even worse with public approval of this institution hovering around historic lows.

The vast majority of citizens in this country think most members of Congress have lost touch with the people and don’t represent their interests. There are not many simple answers to remedy this problem but one change that might help bring members of Congress closer to the people is to increase the size of the US House of Representatives to 680 members.

One hundred years at 435 seats

For almost a century the House has consisted of 435 members. This seemingly permanent fixture of American politics often obscures the reality that during the first century of the country’s existence the House was increased almost every ten years after its original size of 65 members was established.

Increasing the size of the House was seen as necessary to offset the growth in the nation’s population. However, after the last increase that occurred in 1911, members concluded that the House could no longer operate efficiently if the its size continued on an upward trajectory.

The major consequence of this decision is that the average number of citizens each House member represents has risen dramatically as, over the past 100 years, the nation’s population has grown by more than 200 percent to over 300 million people.

US House members now represent on average more than 700,000 people per district. As a point of comparison, at the time of the nation’s founding, the corresponding figure was 30,000 citizens.

In light of these developments and the fact that the population is only continuing to grow, political commentators across the ideological spectrum have raised serious questions about whether the House can retain its representative character if the present 435-seat limit remains in place. No wonder people feel so detached from their representatives in Washington.

It is because of this diminished state of representation that I argue now is the time for the House to be increased to 680 seats and to commit to further increases every ten years in order to reflect the population census.

Implementing this change would lead to better representation in many ways.

Most importantly it would make it easier for House members to remain in touch with their constituents and improve their level of responsiveness. Significantly increasing its size would move it closer to fulfilling the ideal that it is, truly, the people’s House.

But why specifically do I support 680 seats as the appropriate size of the House?

The freezing of the number of seats in the House at 435 came about in a somewhat arbitrary manner. In most advanced democracies, the number of seats in the lower house of national legislatures happens to approximate a number that is the cube root of the nation’s population. (The cube root of a number is a value that, when used in a multiplication three times, gives that number. For example, 27= 3x3x3 so the cube root of 27 is 3.) This is an observation, by the way, that was first made in a report on the British elections of 1909.

If we apply this “cube root law,” as it’s called by political scientists, to the current American population of 315,000,000 then it mandates that the US House ought to have a membership of 680 representatives.

There is a rationale that underpins this empirical regularity in other democracies' legislatures. All legislative bodies must balance the need to operate efficiently while providing effective representation to the citizens in their districts. Legislators need to communicate with their fellow members. They also need to stay in touch with their constituents. The cube root law allows the number of seats to reflect an increase in the country’s population but on a proportional or graduated scale.

Legislatures are not designed to expand in direct proportion to the population because to do so would undermine the capacity to legislate effectively. However, if the average number of constituents in a district becomes too large, the legislator will be unable to communicate effectively with constituents.

The US House has clearly reached the point that the channels of communication between representatives and their constituents have been hindered by the 435 seat limit.

Increasing the size of the of the House to account for population growth in line with the cube root law of national assembly size is far from the only solution for remedying the lack of responsiveness of House members to their constituents, but it would certainly make a contribution toward bridging the divide that presently exists. If the average House district population size continues to expand, the prospect for greater divergence between constituency preferences and policy responsiveness will only be heightened.

The ideal of the people’s House

As someone who has studied the Congress closely for many years I am under no illusions that a change of this magnitude is on the horizon in the current political environment.

In the final analysis, a United States House of Representatives consisting of close to 435 members seems likely to remain a permanent fixture of the political system for years to come.

Nevertheless, for the House to genuinely live up to its status as the federal institution closest to the people, it ultimately must be a larger House and continue to grow as the nation’s population grows. A failure to do so would be contrary to the representative character this institution is supposed to embody.

Even though I concede the prospects for an increase seem bleak at this juncture, that does not mean it should be discounted as policy option that is off the table for serious consideration from national policymakers. Political realities should not be allowed to derail an increase in the size of the House that is so desperately needed to enhance the representativeness of what is supposed to be the people’s House.

Brian Frederick does not work for, consult to, own shares in or receive funding from any company or organization that would benefit from this article, and has no relevant affiliations.