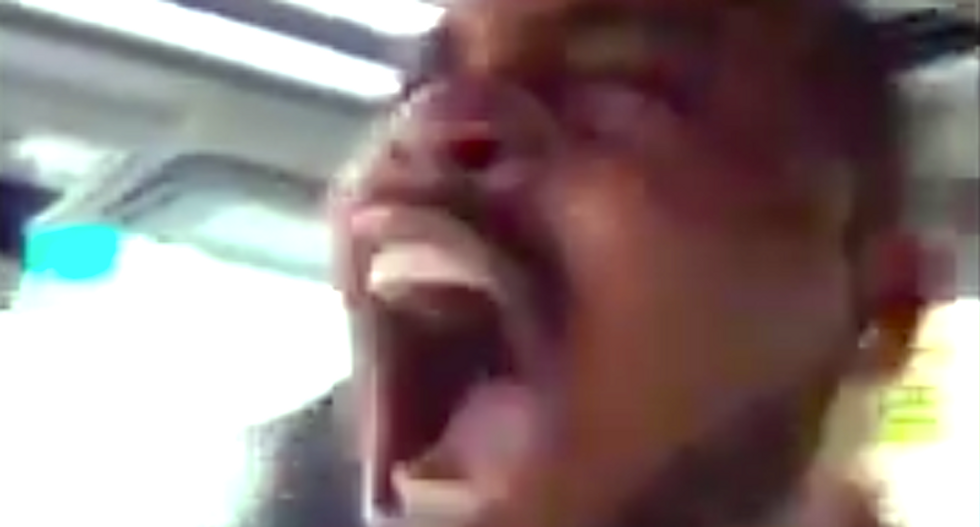 An Indiana family filed a lawsuit after police drew their guns, broke out a car window, and used a Taser on an adult passenger during a traffic stop.

Lisa Mahone said she was pulled over Sept. 25 by Hammond police for a seat belt violation as she drove with her boyfriend and their two children to a Chicago hospital, where doctors had said her mother was near death.

She handed over her driver’s license and proof of insurance, and police asked her boyfriend, Jamal Jones, for his ID.

Jones told police he did not have an ID because he had recently gotten a ticket, and he reached into a book bag on the back seat to show them the ticket.

Officers drew their guns on the couple and their 14-year-old son and 7-year-old daughter, and the teen began recording the encounter on a cell phone.

Mahone called 911 to report she feared for her life after officers drew their weapons, and she told the dispatcher that she hoped to reach the hospital before her mother died.

Police told Jones they had drawn their guns because they did not know who he was or what he would do.

"That's why I have my windows up,” Jones told officers. “I'm not no harm to you right now. I got my kids in the car and you're drawing your weapon."

Jones told WFLD that he was afraid to leave his frightened children in the car, and he was also afraid to get out because officers were acting so aggressively toward him.

He tried to give the ticket to police, but they refused to take them.

“You all got a white shirt?” Jones asked, requesting a supervisor. “I just want to know what’s going on.”

“Look at my shoulder, dumbass,” an officer tells him. “I’ve got bars.”

Mahone continued speaking to the dispatcher as Jones spoke calmly to two officers standing outside the passenger door, with the window cracked about three inches.

"Why do you say somebody's not going to hurt you?” Mahone said. “People are getting shot by the police."

Suddenly, one of the officers uses a baton to break open the passenger-side window, sending shattered glass spraying throughout the inside of the vehicle as the children screamed.

The officer reaches into the vehicle and uses a Taser on Jones, who screams as the electric current jolts through his body for at least 3 seconds.

Officers haul Jones out of the vehicle as 7-year-old Janiya sobs in the back seat, and Mahone notices her teenage son, Joseph, had been videotaping the encounter.

Police place Jones in handcuffs and arrested him for resisting law enforcement and refusal to aid an officer.

The couple filed a federal lawsuit Monday against the Hammond police department, claiming the officers clearly overstepped their authority.

"They had no probable cause, one, to even ask Jamal to get out of the car, or two, to engage in excessive force in tasering and arresting him," their attorney, Dana Kurtz, told the TV station.

The police department defended the officers in a statement, saying they intended to ticket Jones, as well, for a seat belt violation.

But Kurtz argued that there was no search or any evidence to suggest criminal activity, and Jones said he was wearing a seat belt when the car was stopped and police never told him about their intention to ticket him.

One of the officers involved in the incident has been previously named in two excessive force lawsuits that resulted in settlements paid out by the city of Hammond.