Why green groups are talking about abortion this election 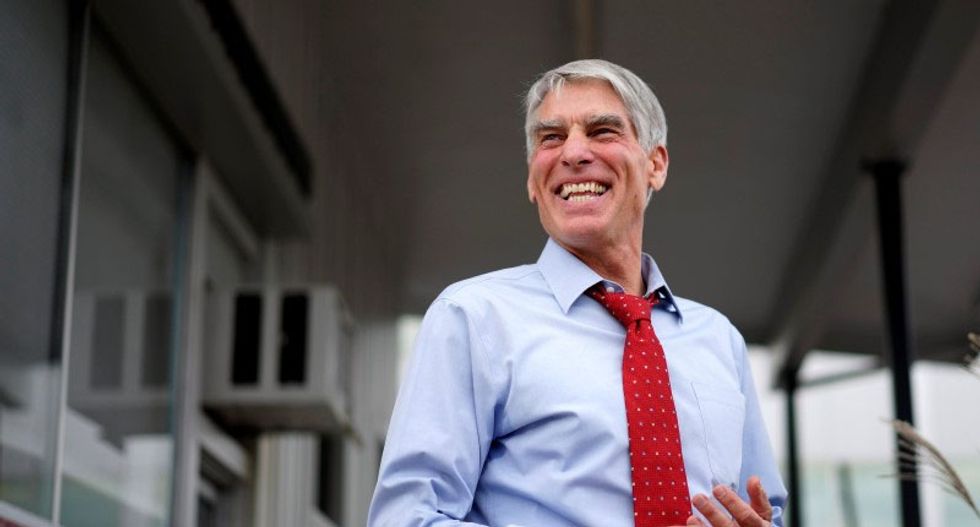 Green billionaire Tom Steyer vowed to make the November congressional elections about climate change. Now he's talking about abortion and the economy to get his candidates across the finish line.

Steyer, a hedge fund manager turned environmentalist, launched a state-of-the-art operation to push voters to elect governors and senators willing to confront global warming. His NextGen Climate Action political committee is on track to spend more than $55 million in this election - an unprecedented amount for an environmentalist group.

But NextGen and other green groups are not talking about climate change as much as one would expect.

Instead, they are paying for TV ads that attack Republican candidates on job creation and corruption, not carbon emissions. Door-to-door canvassers talk about clean water and reproductive rights, not the controversial Keystone XL pipeline that would carry crude oil from Canada to U.S. refineries.

The reason is simple: climate change isn't a top concern for most voters. Only 3 percent think it should be the country's top priority, according to Reuters/Ipsos polling.

NextGen and other green groups say they're simply doing what it takes to elect the candidates they support.

That means working with Democratic allies to ensure a consistent message that resonates with a broad cross-section of voters, not trying to raise awareness about the perils of climate change. Door-to-door canvassers aim to motivate loyalists to vote, not persuade skeptics.

"The goal is to win the election, and using climate as part of that victory," said Craig Hughes, a NextGen adviser in Colorado. "This is not about throwing up an ad about polar bears and butterflies going into extinction. This is making it relevant to the voters."

The effort also serves as a dry run for 2016, when voters will elect a successor to Democratic President Barack Obama. Many of the most hotly contested races this year are in states that will be competitive in the presidential election as well, and green groups say they will review this year's results to find out what tactics worked best.

But the win-first approach has its risks, as Republicans can argue that the groups' unwillingness to let the climate message stand on its own is proof that it doesn't matter to voters.

"Climate change is like an afterthought in the wider message, which is a tacit admission that on its own it doesn't move the dial," said Republican strategist Josh Penry.

With climate change crowded out by other issues, that has created an information vacuum for some voters who say that candidates' stance on the issue would affect their vote - if only the candidates would talk about it.

"Climate change is a huge issue that we’re just pushing under the rug and not dealing with," said Emily Rowe, 19, as she twirled a hula hoop on the campus of the University of Colorado. "I'm assuming the Democratic Party is more for that. That's about all I know."

Environmentalists say they are making progress in the broader public debate. While climate change barely surfaced in the 2012 presidential election, the 2014 election is on track to be the biggest yet for energy and environment-related TV ads, according to Elizabeth Wilner of Kantar Media/CMAG, which tracks political advertising.

But not all of those ads are environmentally friendly. In many, Republicans accuse Democrats of hurting the economy by supporting environmental measures, and in others Democrats in oil-friendly states like Louisiana and Alaska boast of their close ties to the industry.

The dividing lines are clear in Colorado, home to ski resorts, wind farms and a booming oil and gas industry.

But even here, the environment has taken a back seat as Udall and his allies have concentrated on reproductive issues, which they say resonate with a broad swath of voters.

Udall has relentlessly attacked Gardner for sponsoring legislation that could outlaw abortion from the moment of conception. Nearly two out of three ads run by Udall and allied outside groups in early October mentioned abortion or other women's health topics, according to the Wesleyan Media Project.

NextGen and the League of Conservation Voters have underlined the theme with ads that draw a link between reproductive rights and environmental concerns.

"He'd like to make some of your most private choices for you, and some of your not-so-private ones, too - like the environment you live in," a female voice says in one NextGen ad, referring to Gardner.

The common thread between the two issues, green groups say, is that Gardner is trying to downplay his position on both to avoid alienating moderate voters.

"Cory Gardner is trying to hide who he really is and what he's really done in his four years of Congress," said Daniel J. Weiss, senior vice president for campaigns for LCV, which is on track to spend $25 million this election cycle, five times what it spent on the 2010 midterm elections.

That focus is because many voters could balk at a carbon tax or other measures to slow climate change, analysts say.

One population segment needs no convincing: voters under 35 years old who, unlike older voters, see climate change as a top issue. Green groups are targeting young voters, as well as Hispanic and African-American voters, with a sophisticated digital and door-knocking campaign to make sure they don't stay home on election day.

In some cases the campaign is finely calibrated to local concerns. Canvassers in black and Hispanic neighborhoods in Denver, for example, talk about curbing nearby polluters.

But many say they're not hearing enough about the issue.

Leaving a Udall rally at the University of Colorado, environmental-studies major Meredith Kee, 19, said she was unclear which candidate was a better bet to tackle climate change, even after green groups reached out to her.