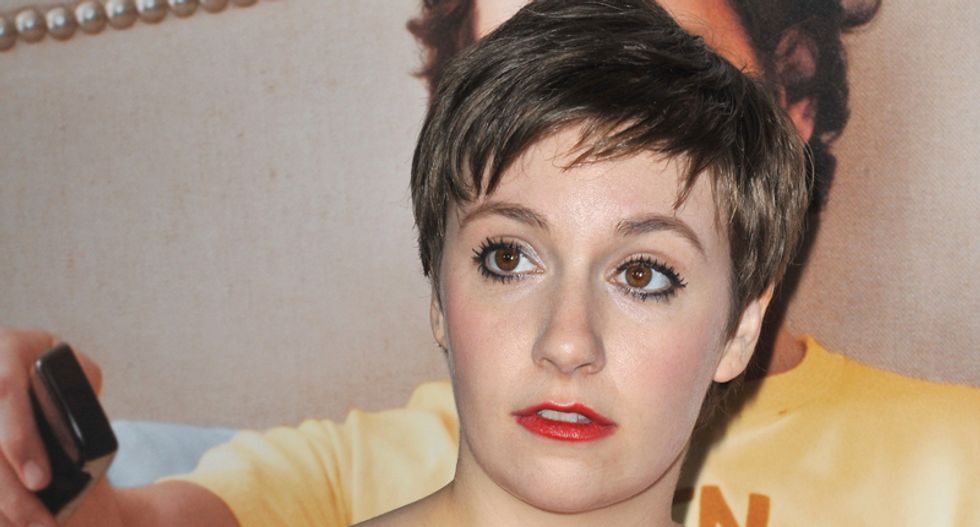 A writer making an offhand joke on Twitter about actress/director Lena Dunham's recently released book unleashed a firestorm of hate and contempt for the millennial star from Dunham-haters, conservative and non-conservative alike.

Mocking the $3.7 million  advance that Dunham received from Random House for her book, Not That Kind of Girl: A Young Woman Tells You What She's "Learned," Kaleb Horton, who writes for both Happy Nice Time People and Vice, tweeted "Wow, Lena Dunham's book is actually great. I totally understand why she got 3.7 million dollars to write it."

According to Horton, he inserted a quote from economist/sociologist Thorstein Veblen’s influential 1899 work The Theory of the Leisure Class: An Economic Study of Institutions as a joke because he doesn't "like rich people."

The quote includes deathless prose such as, "The leisure class is in great measure sheltered from the stress of those economic exigencies which prevail in any modern, highly organized industrial community."

Commenters on Twitter for whom any mention of Dunham is a reason to attack her, immediately jumped on the mis-attributed quote, criticizing both her and her editor over not only her writing but her very existence.

One twitterer, after being taken in by the joke and calling Dunham a "Lumpy self-indulgent hag," questioned Horton's "ethics."

While others joined in the fun

Dunham's book is currently the #4 best-seller on Amazon.com.