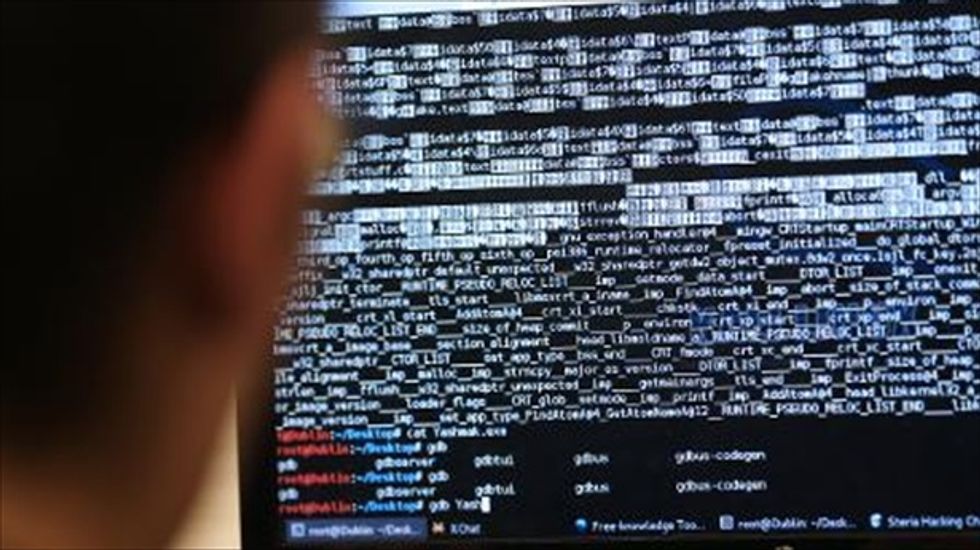 A student reads computer code on March 16, 2013 during a hacking challenge in France (AFP)

U.S. and European authorities have arrested 16 suspected members of underground drugs and weapons cybermarkets this week, in addition to the alleged operator of the website known as Silk Road 2.0, Europe's police agency Europol said on Friday.

U.S. authorities said on Thursday they had shut down Silk Road 2.0, the successor website to Silk Road, an underground online drugs marketplace, and charged its alleged operator, Blake Benthall, with conspiracy to commit drug trafficking, computer hacking, money laundering and other crimes.

Europol, in a statement, said U.S. and European cyber crime units, in a sweep across 18 countries, had netted $1 million worth of Bitcoin, the digital currency, 180,000 euros in cash, silver, gold and narcotics.

Troels Oerting, the head of Europol's cybercrime center, said the operation had knocked out a significant part of the infrastructure for illegal online drugs and weapons trade in the countries involved but black market websites have mushroomed and are created easily.

Around 400 Internet sites and domains, which had been used to sell child pornography, guns and murder-for-hire, were taken down on Thursday, it said.

"They had set up complete business models, just like any web shop. They display what they sell; drugs, weapons, stolen credit cards. People paid and they delivered by the mailman," Oerting said. "There was even a ranking system for reliable suppliers."

"We have also hit services on the Darknet using Tor where, for a long time, criminals have considered themselves beyond reach. We can now show that they are neither invisible nor untouchable."

Tor, short for the onion router, is also used by activists in countries where the web is censored.