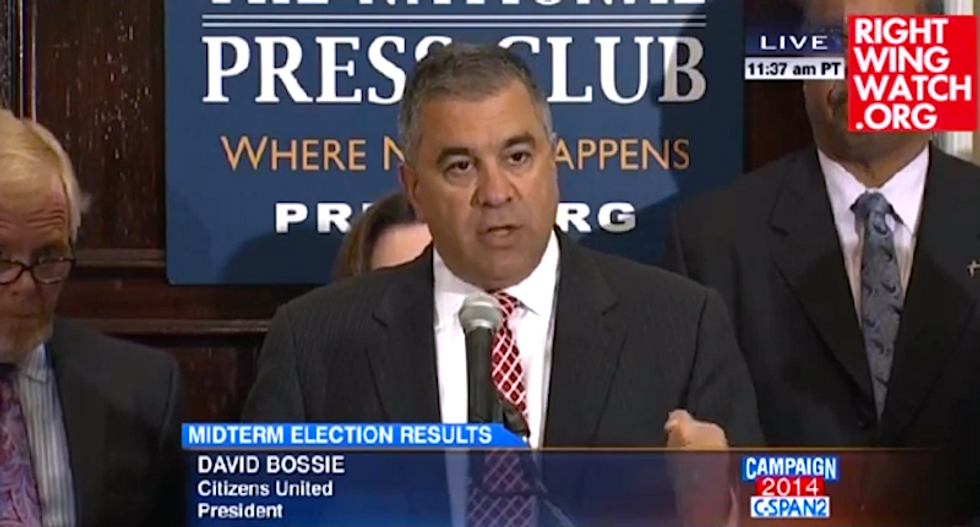 Don’t think Citizens United made a difference for the GOP in Tuesday’s midterms? The plaintiff in the landmark Supreme Court case thinks so.

“Citizens United, our Supreme Court case, leveled the playing field, and we’re very proud of the impact that had in last night’s election,” said David Bossie, chairman of the conservative advocacy organization.

He complained that Democratic lawmakers were trying to “gut the First Amendment” with their proposed constitutional amendment to overturn the 2010 ruling, reported Right Wing Watch, which allowed corporations to pour cash into campaigns without disclosing their contributions.

Bossie said this so-called "dark money" was crucial to Republicans gaining control of the U.S. Senate and strengthening their grip on the U.S. House of Representatives.

“A robust conversation, which is what a level playing field allows, really creates an opportunity for the American people to get information and make good decisions,” Bossie said.