College pres. warns women not to report rapes: Girls lie if sex doesn't 'turn out the way they want' 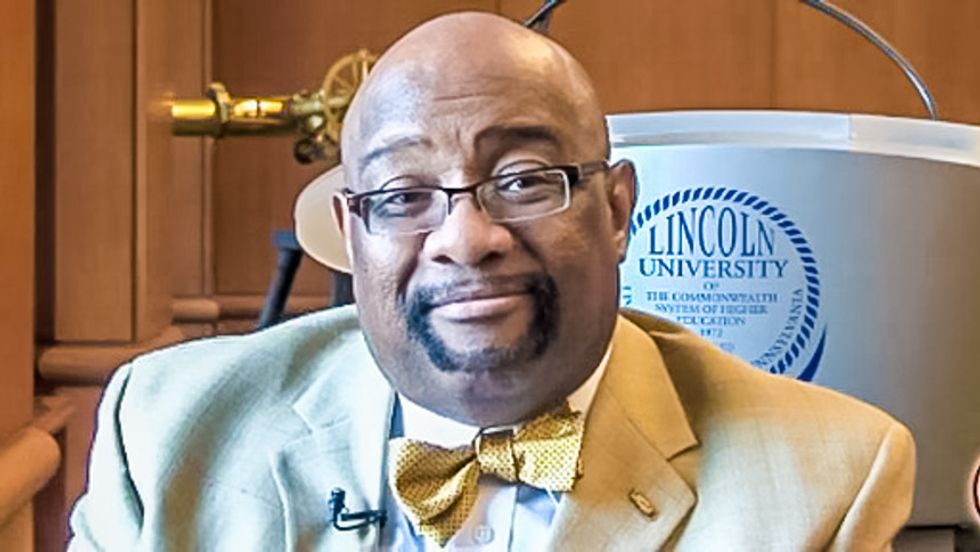 Lincoln University President Robert R. Jennings has defended shocking remarks in which he seems to accuse women on campus making false rape charges, saying that the comments were taken out of context.

In a video published last week on YouTube, Jennings can be seen making remarks to an auditorium full of female faculty and students. According to the Philadelphia Inquirer, the four minute video is an excerpt from a September speech that Jennings gave to Lincoln's annual All Women's Convocation.

"Men treat you -- treat women -- the way women allow us to treat them," he explains. "When it comes time to make that final decision, we're going to go down the hall and marry that girl with the long dress on."

"And let me tell you why I know I'm right about it," Jennings continued. "I'm right about it because we had on this campus last semester, three cases of young women, who after having done whatever they did with the young men, and then it didn't turn out the way they wanted it to turn out, guess what they did? They then went to Public Safety and said, 'He raped me.'"

"So then we have an investigation. We have to start pulling back the layers and asking all kinds of questions."

Jennings complained that new federal regulations for schools meant that students who were guilty of rape could be subject to jail time.

"When you allege that somebody did something of that nature to you, you go to jail. I don't care how close they are to finishing the degree, their whole life changes overnight," he said. "Why am I saying all this, ladies? I'm saying this because, first and foremost, don't put yourself in a situation that would cause you to be trying to explain something that really needs no explanation had you not put yourself in that situation."

Jennings told the Inquirer that the four minutes of video posted to YouTube was not representative of his entire 26 minute speech.

"No one would ever discourage a young woman on this campus from reporting a sexual assault," Jennings insisted. "In fact, I emphasize to them how serious that allegation is and that the university takes it very seriously and so does the federal government and so does the court."

"There had to have been at least one young lady in that room who had been the victim of sexual assault who had not reported it, and there was nothing that was said by the president that would have given any comfort," Thomas pointed out.

"The president blames young women for being raped by saying that when they have sex with someone and regret the act, they then create a story [of rape] to explain it," Gasman noted.

Jennings has faced two no-confidence from faculty and alumni in recent months over what they consider a dictatorial leadership style.