Earthlings to send 90,000 hellos to Mars 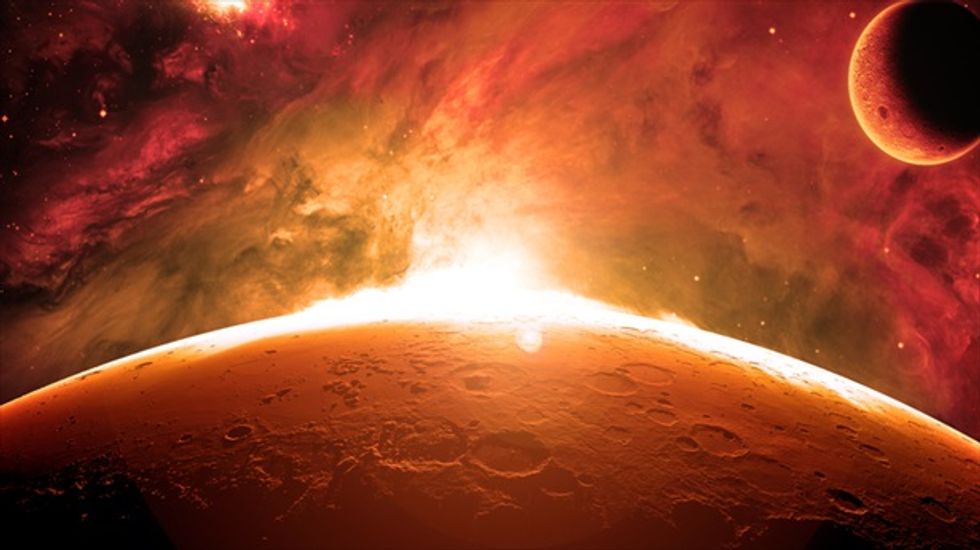 'The Surface of Mars' [Shutterstock] http://tinyurl.com/kwxee5d

Radio telescopes on Earth will beam 90,000 messages to Mars on Friday to commemorate the launch 50 years ago of the first robotic probe to visit the planet.

A U.S. space funding company called Uwingu organized the extraterrestrial shout-out to mark the 50th anniversary of NASA’s Mariner 4 mission and to raise funds for its other projects.

Uwingu’s “Beam Me To Mars” initiative invited interested participants to send digital radio-wave transmissions of their names, messages and pictures to Mars for fees ranging from $5 to $99.

The transmission is scheduled to begin just after 3 p.m. EST/2000 GMT on Friday. Traveling at the speed of light, the messages will take 15 minutes to reach Mars. The entire transmission will be repeated twice.

While there is no one on Mars to answer the call, project organizers say that is beside the point.

Copies of the messages will be delivered to Congress, to NASA headquarters in Washington, and the United Nations in New York as a show of support for space exploration.

“Though no one is on Mars yet to receive the messages, here on Earth people will hear them loud and clear,” Uwingu wrote on the project website.

NASA currently has three orbiters and two rovers working on Mars, and the European Space Agency and India each have one Mars orbiter.

The long-term goal of the U.S. space program is to land astronauts on the Red Planet.