Fake Michael Brown case pathologist: 'If they want to think I'm a doctor, that's their issue' 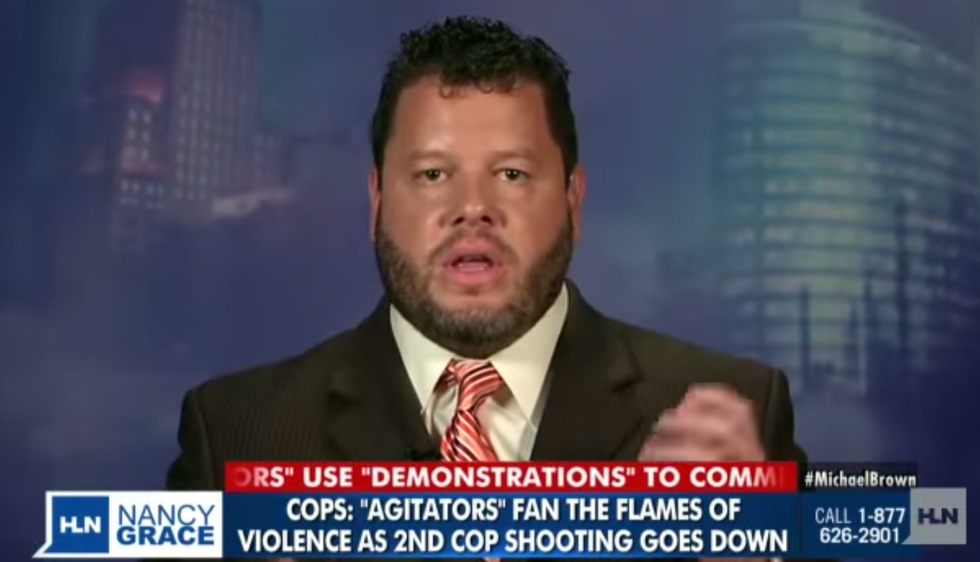 The man who assisted in slain teenager Michael Brown' autopsy, then went on to become something of a media sensation, is now facing serious questions about his qualifications, work history and claims that he is a pathologist at all.

According to CNN, "professor" Shawn Parcells has made multiple false statements about his education and career. He has claimed to hold jobs that he has never held and to have earned academic degrees that he never earned.

After unarmed black teenager Michael Brown was gunned down in August by Ferguson, Missouri police officer Darren Wilson, Brown's family demanded a second autopsy after the first autopsy, performed by the county coroner, failed to answer several of their questions about the killing.

The second autopsy was performed by pathologist Michael Baden with Parcells assisting. When Baden revealed the results of the autopsy on the air on August 18, Parcells gave part of the presentation, introducing himself as "Professor Shawn Parcells."

However, Parcells is not a professor at any known academic institution. He claimed to be an adjunct professor at Washburn University. However, Washburn spokeswoman Michaela Saunders told CNN that Parcells has never been on the faculty at Washburn. Saunders noted, however, that Parcells did visit the institution to deliver a pair of Power-Point presentations about forensic pathology to groups of nursing students. The presentations were done on a volunteer basis and Parcells was never paid.

CNN was able to verify that Parcells received a bachelor's degree in life science from Kansas State University in 2003. He claims that he was accepted to medical school at a college in the Caribbean, but declined to attend that fall because his wife was pregnant and he wanted her to stay in the U.S. while carrying a child.

The network noted that during the summer, Parcells' LinkedIn page claimed that he was planning to attend medical school at the International School of Health Sciences beginning in September of 2014. However, now the date has been changed to September of 2015.

When CNN visited Parcells in his home in Overland Park, Kansas, he was notably cagey about answering questions regarding his education. He showed a reporter a photo of himself that he said was taken at the graduation ceremonies of the New York Chiropractic College.

"I got a master's degree in anatomy and physiology, with clinical correlation," he said.

When the reporter asked if she could see the document, Parcells demurred, saying, "It's coming. They mail it to you."

In an on-camera interview the next day, he was asked more closely about whether he has that master's degree:

CNN: So that master's degree in New York, you have that degree?

Parcells: I will have it next month, yes.

CNN: I don't mean the piece of paper. I mean have you been conferred that degree?

Parcells: Yes, I will. Next month.

CNN: Right now, as we speak, you have that degree?

Parcells does not claim to have any certifications in pathology or training in police work. He gathered his knowledge, he said, from "on-the-job training" and his own plucky, curious nature.

"To take out organs and to cut open a body, you don't need to be a pathologist," he told CNN. "Come to an autopsy. I think when you see what I do, you'll realize that I'm not just making this stuff up out of blue, thin air."

Sometimes, he said, he performs autopsies without a doctor present, getting them to sign off on his work after completion.

"I'm not coming up with the cause of death, and I'm not making the final diagnosis," he said by way of justification.

However, CNN noted, Parcells' company, Parcells Regional Forensic Services, insists in its promotional literature that all of its work is carried out under doctors' supervision.

"FACT: During each and every forensic autopsy conducted, the attending pathologist is present at all times," said the document, dated March 5, 2013. "WE ALWAYS HAVE THE ATTENDING PATHOLOGIST PRESENT AND DIRECTING THE AUTOPSY EXAMINATION."

This was not true when Parcells performed a 2012 autopsy on 74-year-old Robert Forrester. Forrester died of a brain hemorrhage two days after he claimed his 23-year-old grandson hit him in the face and "knocked me the f*ck out."

Parcells autopsied the elder Forrester without a doctor present. He listed two different doctors as the responsible physicians, but neither ever signed off on his work in the Forrester case.

Insufficient cause was found to detain Bobby Forrester in Parcells' autopsy and the young man was allowed to go free. He assaulted his widowed grandmother nine months later. Police found her bleeding and unresponsive on her kitchen floor with two black eyes. Bobby Forrester is currently serving a four-year sentence for assault.

CNN spoke to police officials who have worked with Parcells in the past, some of whom said that Parcells explicitly claimed to be a doctor, a charge Parcells denies.

Watch video about this story, embedded below via CNN: