Ferguson police officer Darren Wilson resigns: 'The hardest thing I've ever had to do' 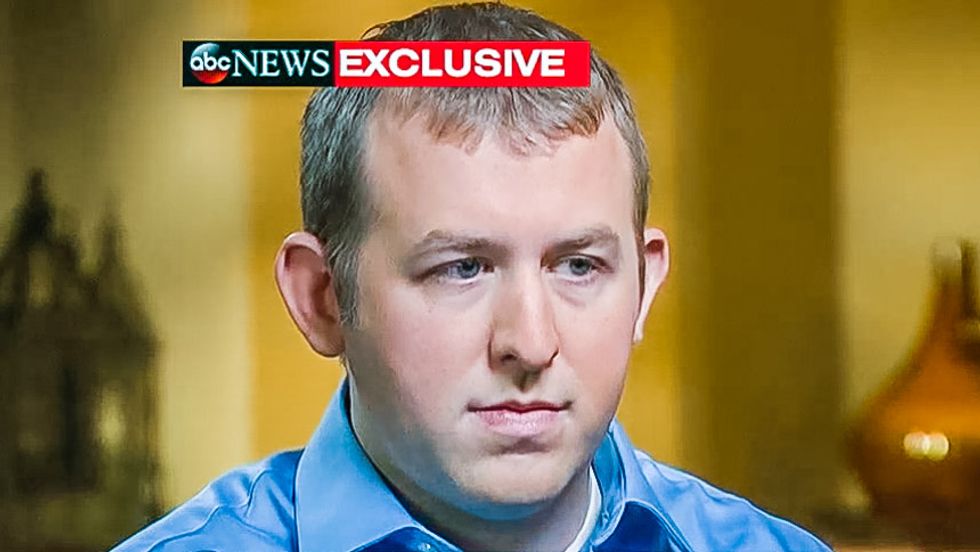 Darren Wilson, the Missouri police officer who shot and killed teenager Michael Brown in August, resigned from the Ferguson police department Saturday, telling the St. Louis Post-Dispatch it is "the hardest thing I've ever had to do."

Wilson, who avoided a grand jury indictment in the shooting death of Brown, was rumored to be stepping down for weeks and told the Dispatch, "I'm resigning of my own free will. I'm not willing to let someone else get hurt because of me."

Wilson stated that it was "the hardest thing I have ever had to," before adding that being a police officer was "the only thing I've ever wanted to do."

In his resignation letter, Wilson wrote: "I, Darren Wilson, hereby resign my commission as a police officer with the City of Ferguson effective immediately. I have been told that my continued employment may put the residents and police officers of the City of Ferguson at risk, which is a circumstance that I cannot allow. For obvious reasons, I wanted to wait until the grand jury made their decision before I officially made my decision to resign. It was my hope to continue in police work, but the safety of other police officers and the community are of paramount importance to me. It is my hope that my resignation will allow the community to heal. I would like to thank all of my supporters and fellow officers throughout this process."

According to his attorney, a press conference will be held at a later date.

Although Wilson was not indicted by the Ferguson grand jury, he still is under investigation by the Justice Department, and may face a civil lawsuit from the Brown family.