Imagine life without a proper toilet: That's the reality for 36 percent of the world’s population 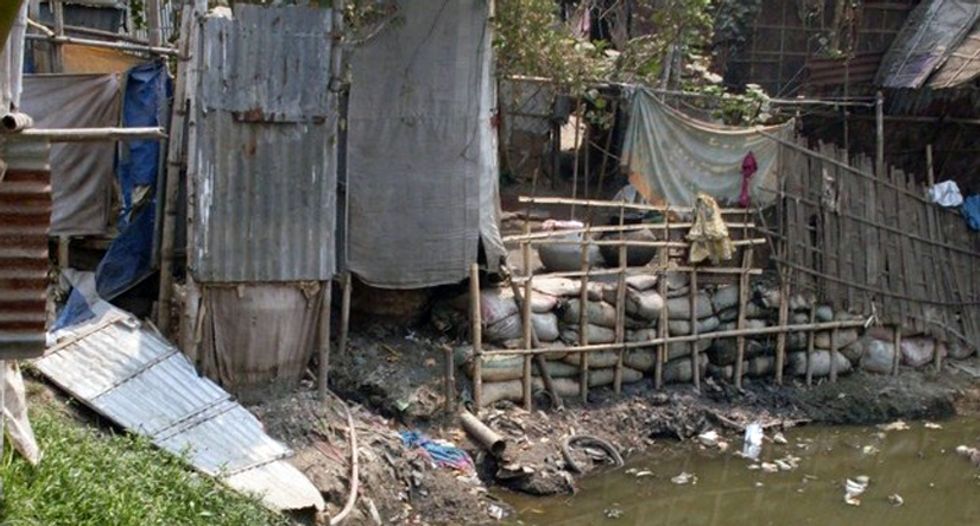 Lack of proper sanitation, as in these homes in Dhaka, Bangladesh, creates all sorts of risks to social and economic well-being (author provided image)

It’s 2014. So why do we still need World Toilet Day? Because 2.5 billion people still need one.

World Toilet Day remains a critical means to raise awareness globally about one of the many important things we take for granted. Every day, 1400 children die from preventable diseases, like diarrhoea, caused by unclean water and inadequate sanitation.

It is deemed a human right, but 36% of the world’s population do not have an adequate toilet. A recent Human Rights Council resolution reports that even this figure underestimates the scale of the problem. This is because current monitoring fails to reflect human rights challenges such as inequalities, safety and affordability of services, nor inequalities between formal and informal areas within cities.

Global reporting shows that, in 2012, only 27% of funds were spent on sanitation, with 73% on water. It is not surprising that the world expects to fail to meet the Millennium Development Goal (MDG) for sanitation by 2015, which is to halve the proportion of people without adequate access to sanitation.

As we quickly move into the era beyond 2015, when the Sustainable Development Goals will replace the MDGs, the new targets are likely to be an even greater stretch. The expected goals rightly include the way in which sanitary waste is disposed of, treated or, even better, re-used. Currently, it is understood that in developing country settings, 90% of domestic wastewater flows untreated into rivers, lakes or the ocean. The resulting level of investment and effort required is staggering.

This change in global goals is incredibly important, since a new systematic review demonstrates the harmful impacts of faecal contamination of drinking water. It estimates that 1.8 million people globally use drinking water that is faecally contaminated. Other recent research links poor sanitation with malnutrition and stunting. And, of course, not to be forgotten is the environmental impact of uncontained release of nutrients into the environment.

How does our region fare? 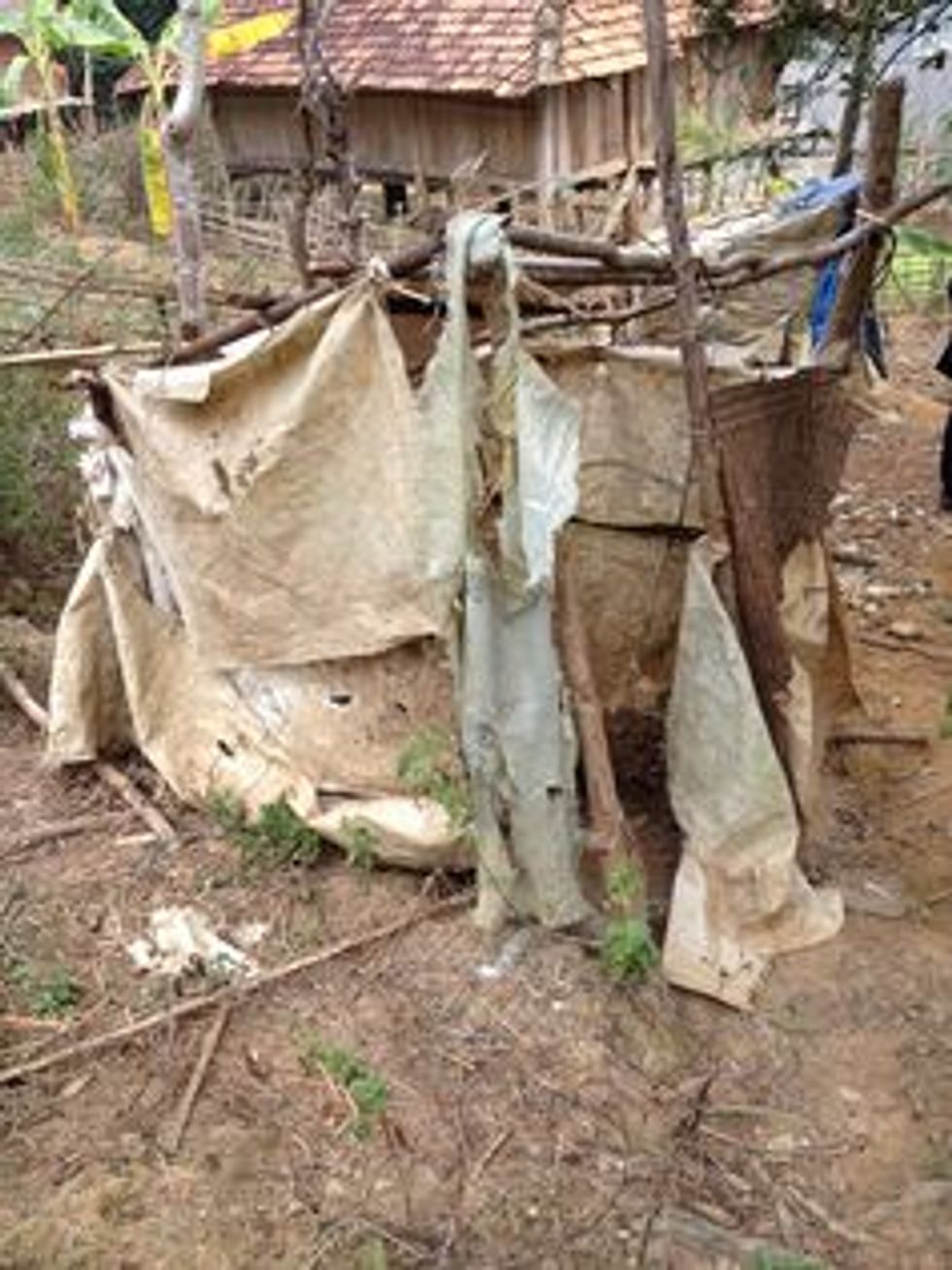 Even in Australia’s region, many ‘toilets’ are as basic as it gets.

While the lowest rates of sanitation access are in Africa, the Asia-Pacific is worse off than many Australians might realise. In Indonesia (population 250 million), for example, official global monitoring shows only 59% of the population had access to adequate sanitation in 2012. In rural areas, this fell to 46%.

In Papua New Guinea, the picture is worse. There is only 19% overall access (dropping from 20% in 1990, when measurement for the MDGs started), and just 13% in rural areas.

In many parts of the Pacific, data is scarce. Available data on Solomon Islands indicates only about 29% coverage.

These low numbers, when you consider the health risks, the gender implications (think, for example, about menstrual hygiene, a growing area of concern) and human dignity, are totally unacceptable.

Is Australia acting on this silent crisis?

Whether the action matches the scale of the issue is a question you can judge for yourself. Following calls we made for greater action in 2007, the Australian aid program shifted from minimal budget allocations of less than 1.5% of the Official Development Assistance (ODA) budget to water and sanitation, up to about 3.3% in 2013-14.

Under the previous government, A$279 million was allocated for 2014-15. With the recent cuts to aid, the predicted budget is A$217 million. 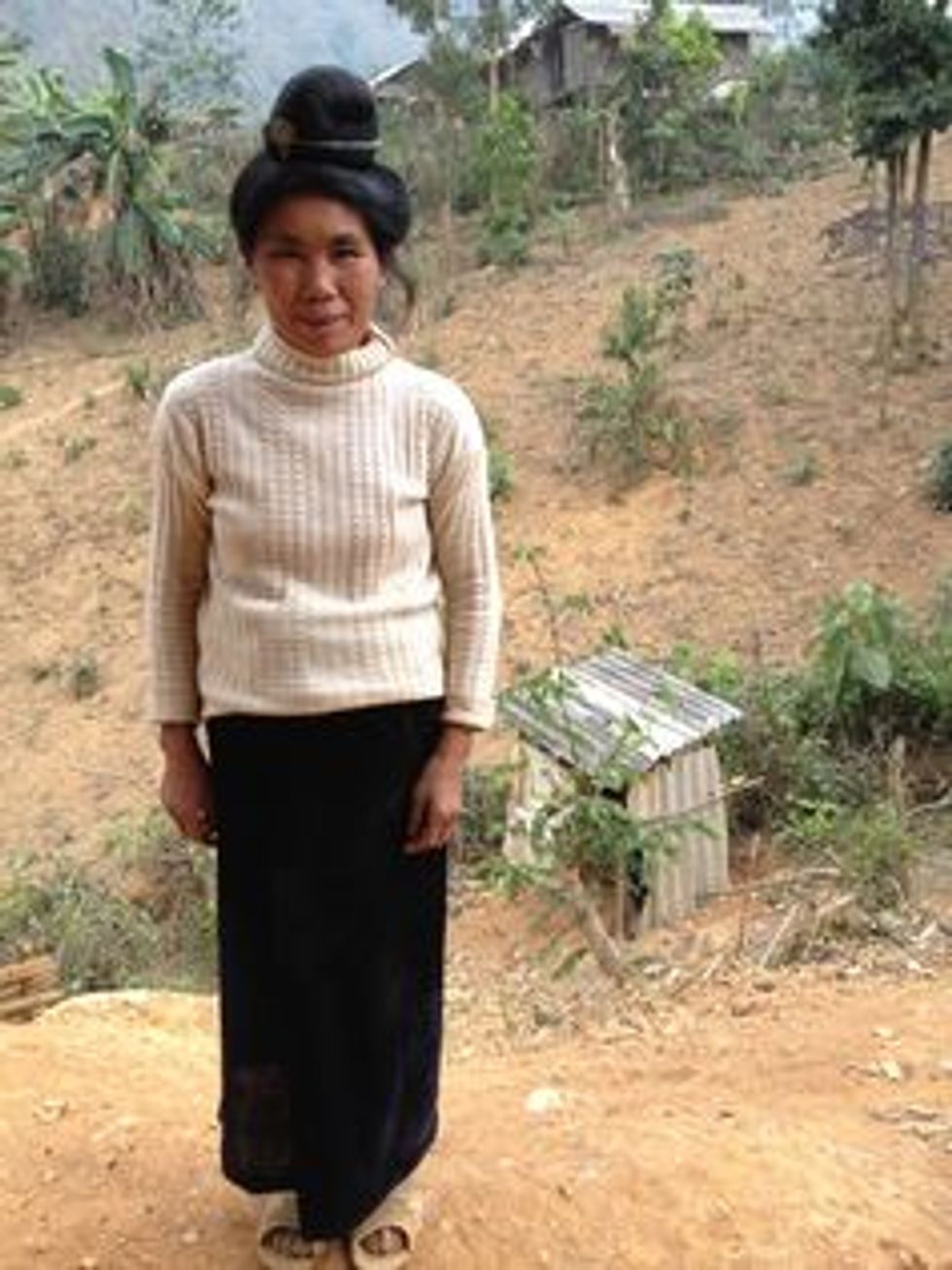 Large-scale sanitation programs will greatly improve the wellbeing of women in particular.

These funds support large-scale bilateral sanitation programs in East Timor, Vietnam and Indonesia. They also support applied research to inform approaches and policy, the work of civil society organisations and contributions to important global programs, such as the global joint monitoring program.

But more needs to be done, given the enormous economic cost of poor sanitation, the absence of a focus on sanitation in Australia’s engagement in some countries like Papua New Guinea and Cambodia despite extreme need, and its strong proven links to the aid policy objective of empowering women and girls.

What needs to be done?

When the government released its new aid policy, water and sanitation were neither clearly recognised nor completely absent. Under the new structure of the aid program, water, sanitation and hygiene (WASH) are distributed across three areas: health; economic infrastructure; and agriculture, fisheries and water.

While the previous government had a clear, well-developed strategy for WASH, with a particular emphasis on sanitation, it remains to be seen how strong the commitment is and how coherent the efforts made will be.

Like the UK’s Department for International Development (DfID), Australia’s aid program has now placed relevant staff within the health section due to the obvious links with public health. There is one critical difference: DfID places WASH as one of the UK’s key policy priorities, making clear and specific public commitment to act on these basic human rights through both projects and applied research.

What is at risk in Australia’s aid program is that water, sanitation and hygiene will become invisible and under-emphasised within the diverse portfolio of health.

Both the Australian Council for International Development (ACFID), the peak body for Australian aid and development organisations, and the Australian Water, Sanitation and Hygiene Reference Group have called for a clear ongoing commitment to investment in WASH at the level of 5% of ODA. This implied an amount of $260 million for the 2014-2015 budget, so the estimated budget outcome falls short of this.

Another call is for Australia to ensure that a dedicated goal for water and sanitation is included in the SDGs, with targets to achieve universal access to WASH by 2030. The coming months will be a critical time when UN member states debate these goals. Australia has the opportunity to argue for a dedicated goal for WASH, which will be critical to ensuring the chronically underfunded sanitation sector becomes a political priority.

So, play your part. You can join the major campaigns of WaterAid and other agencies involved in World Toilet Day, support wider efforts to end poverty and think twice about what you take for granted in our privileged day-to-day existence.

Juliet Willetts receives funding from the Department of Foreign Affairs and Trade.