Mark Zuckerberg: 'Social Network' movie ‘made up stuff that was hurtful’ 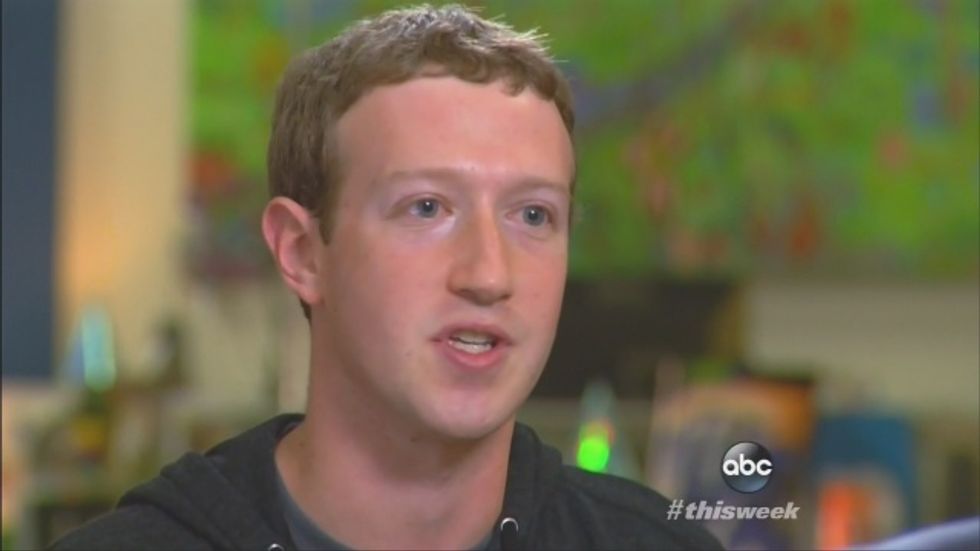 The Facebook founder and chief executive, Mark Zuckerberg, has said his feelings were hurt by Hollywood’s portrayal of him in The Social Network.

In his first public Q&A session at Facebook’s Californian headquarters , the 30-year-old billionaire said the 2010 film, which told the story of how he created the social network while studying at Harvard, had “made up a bunch of stuff that I found kind of hurtful”.

The Social Network suggested that Zuckerberg, played by Jesse Eisenberg, only created Facebook to attract women following a breakup. However, the tech mogul said that contrary to the film’s plot he was not single at the time and had been dating his now-wife, Priscilla Chan.

“I haven’t spent a lot of time thinking about that movie in a while. I kind of blocked that one out,” he said.

Zuckerberg said that David Fincher’s film had embellished elements of the nascent Facebook because the reality of writing code was not glamorous.

“I think the reality is that writing code and then building a product and building a company is not a glamorous enough thing to make a movie about, so you can imagine that a lot of this stuff they had to embellish or make up,” he said.

“They went out of their way in the movie to try to get some interesting details correct like the design of the office, but on the overarching plot … they just kind of made up a bunch of stuff that I found kind of hurtful.”

Zuckerberg said that he met Eisenberg and tried to be nice. “There were pretty glaring things that were just made up about the movie that made it pretty hard to take seriously.”

One aspect of his life that the film makers did get right was Zuckerberg’s wardrobe, including the famous grey T-shirt that Sheryl Sandberg, the chief operating officer, confirmed he wore every day.

Zuckerberg said he had many versions of the same shirt because he did not want to waste time making “silly or frivolous” decisions such as what to wear, or what to have for breakfast.

“I really want to clear my life so that I have to make as few decisions as possible about anything, except how to best serve this community [of Facebook users],” he said.

The Facebook boss said the company was trying to increase the number of women working in the technology sector. Its workforce is 69% male, while the figure for Apple was 70%.

There was a vicious circle to blame for the small proportion of women in technology, Zuckerberg said.

“You need to start earlier in the funnel so that girls don’t self-select out of doing computer science education, but at the same time one of the big reasons why today we have this issue is that there aren’t a lot of women in the field today.

“I heard one person put it: ‘The reason why girls don’t go into computer science is because there are no girls in computer science.’ You need to break the cycle. Companies that are more diverse do better.”

Facebook and Apple made headlines last month after it was revealed that both companies offer up to $20,000 (£13,000) for egg freezing for female employees. The social network also provides adoption and surrogacy assistance for both male and female workers.

Zuckerberg was also asked why Facebook users have been forced to install the Messenger app on their mobile devices. He laughed and conceded that requiring users to install another app was “a big ask” but added: “We really believe this is a better experience.”

More than 10bn messages were sent every day on Facebook and that messaging apps that offered users “dedicated, focused experiences” were most popular.

“My goal was never to make Facebook cool. I’m not a cool person, and I’ve never really tried to be cool. Our goal isn’t necessarily to make it particularly exciting to use; we want to make it useful.”

Zuckerberg spent an hour answering pre-submitted questions from users from around the world as well as from those who attended the event.