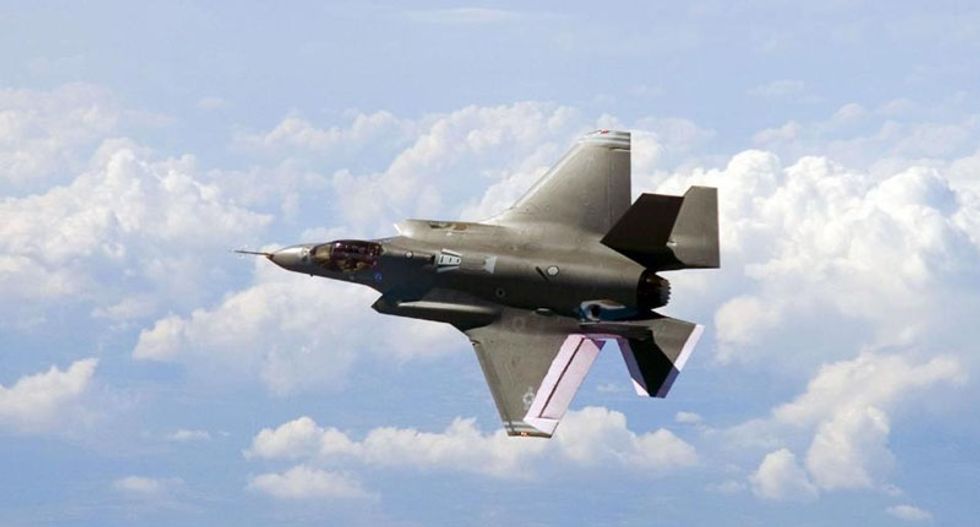 The US military's F-35 fighter jet made its first landing aboard an aircraft carrier on Monday, in what officials called a milestone for the new hi-tech warplane.

The F-35 Joint Strike Fighter is the most expensive weapons program in US history and has been plagued by technical glitches and cost overruns, but the Pentagon touted the landing at sea a crucial step forward.

The test flight had the Joint Strike Fighter successfully touching down on the USS Nimitz off the coast of San Diego, with the pilot guiding the plane so its tailhook snagged on the ship's arresting wires, the US Navy said in a statement.

There are three variants of the plane, a standard model, a second one designed for short-landing and vertical take-off and the third -- the F-35C -- outfitted to operate from aircraft carriers.

"Today is a landmark event in the development of the F-35C," said test pilot Commander Tony Wilson.

The landing is part of flight testing at sea that will last for about two weeks, and will help pave the way to deploy the aircraft in the naval fleet by 2018, officials said.

"We plan on learning a lot during this developmental test and will use that knowledge to make the naval variant of the F-35 an even more effective weapons platform," Lieutenant General Chris Bogdan, head of the F-35 program, said in a statement.

The Pentagon plans to spend $391.2 billion on a total of 2,443 F-35 aircraft, which are manufactured by defense giant Lockheed Martin.

The plane is supposed to form the backbone of the military's future fighter fleet, ensuring the US military's dominance in the skies for years to come with radar-evading technology.

But the program has faced a litany of problems, and the latest setback came in June when a mysterious engine fire led commanders to ground the fleet briefly until the problem could be resolved.

As a result, officials had to cancel plans to send the F-35 to fly at Britain's prestigious Farnborough air show in July because of safety precautions.

Repairs are under way in the test fleet that will ensure the plane's engines are sound, according to Pentagon officials.